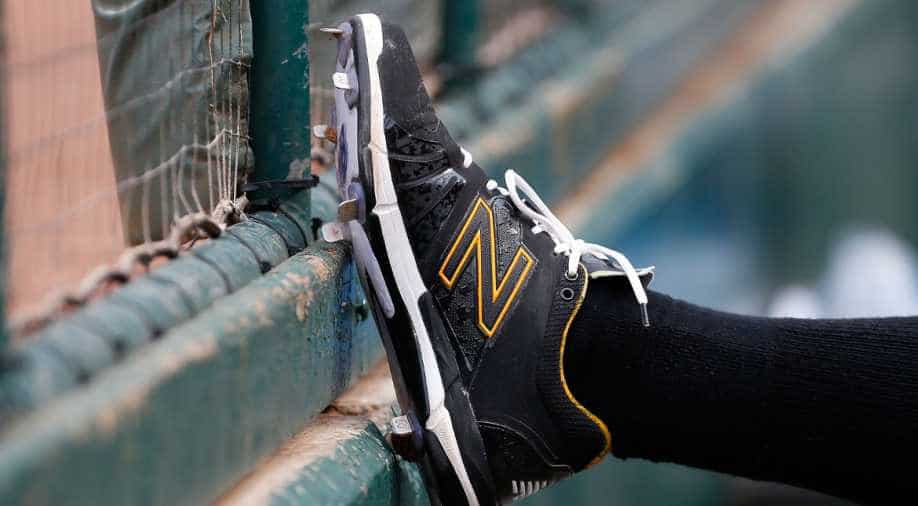 The Neo-Nazi blogger said that the?New Balance is now their 'uniform' and claimed they should view the company?s statement on Trump?as 'a gesture to support White people and to support US manufacturing'. Photograph:( Getty )

A few days after the American shoe making company New Balance came under fire for claiming that a Donald Trump presidency would lead to good things for the company, Neo-Nazis have now declared it the “official shoes of white people”.

This is the second time this week that New Balance has landed in troubled waters.

Just a few hours after Trump won the US presidency, a senior official of the shoe-making company told the Wall Street Journal that “things would go in the right direction” now that Trump is here.

The statement referred to the Trans-Pacific Partnership (TPP), which would create a free trade zone in the US and other Latin American and Asian countries. New Balance has for long opposed the TPP,  saying that it would hinder the company's business; New Balance is one of the last American-made shoe companies.

The company blamed the Obama administration for “turning deaf ears” for supporting the TPP, The Washington Post reported. While Trump opposed the TPP, Hillary Clinton and Bernie Sanders did too. In a statement to the Boston Globe, New Balance defended its opposition to TPP, saying it wanted to “make more shoes in the US, not less". It also stressed that it will continue to support trade policies endorsed by Clinton, Sanders and Trump during the election cycle.

New Balance: "The Obama admin turned a deaf ear to us & frankly w/ Pres-Elect Trump we feel things are going to move in the right direction"

The company's stance pushed some Trump opponents, who believe that New Balance's support for Trump's TPP position means the company supports the President-elect's stance of racism and xenophobia, to burn their New Balance sneakers. Many of them even took to Twitter to show their outrage.

@germanotes so the fact that he's a racist and wholly unfit for the presidency didn't bother them? All about profit.

@SoleCollector @newbalance good to know. I made a little bonfire tonight :) pic.twitter.com/yOdCTbQgac

To assuage the angry protesters, the company came out with an official statement on the social media.

However, the damage already seems to be done. In a post written over the weekend, neo-Nazi blogger Andrew Anglin declared New Balance the “Official Shoes of White People," Washington Post reported.

Anglin even said that the New Balance is now their “uniform” and claimed they should view the company’s statement on Trump as “a gesture to support White people and to support US manufacturing," The Washington Post reported.

After seeing the company being associated with a Neo-Nazi agenda, New Balance issued another official statement.

US candidate Bloomberg vows to back Israel, takes dig at Sanders