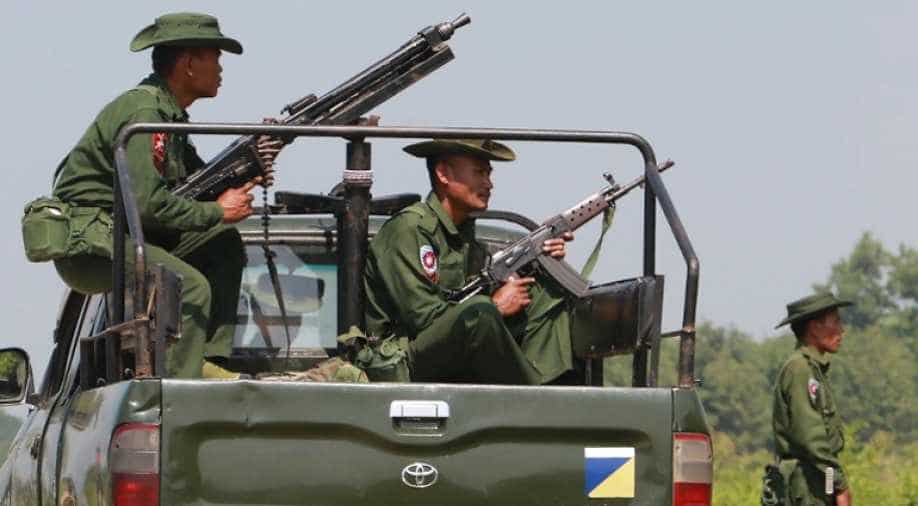 At least 28 insurgents were killed over two days of fighting in western Rakhine state on Sunday, Myanmar's military said.

The military said 22 insurgents were killed near Dar Gyi Zar village after they attacked soldiers of which two died and another six killed were killed elsewhere.

The narrator, speaking in Rohingya said the victims were killed near Dar Gyi Zar village, some bodies riddled with bullets.

According to AFP, the authenticity of the video could not be verified.

Brad Adams, the group's Asia director, said the new photos showed "widespread destruction" that was "greater than we first thought".

"Burmese authorities should promptly establish a UN-assisted investigation as a first step toward ensuring justice and security for the victims," he said in a statement.

The government and the military denied any involvement and accused the Rohingya's.

The region is home to Rohingya Muslims, who are in conflict with the majority Buddhists.