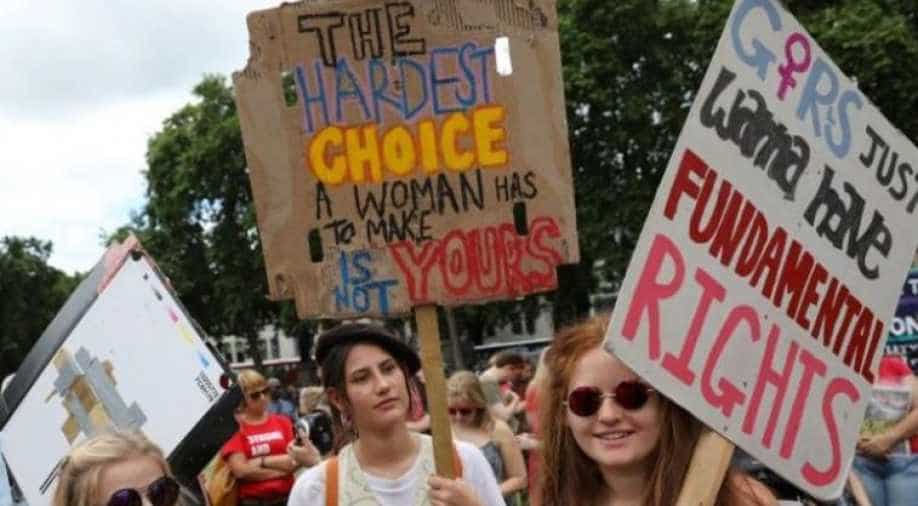 The obligation was added to a bill drawn up to clarify how decisions are taken in the province in the absence of its devolved government -- suspended since January 2017 due to a dispute between the two main parties that share power.

British lawmakers opened the door Wednesday to reform of Northern Ireland's strict abortion and same-sex marriage laws, adopting a legal requirement for the government in London to assess the policies' compatibility with human rights legislation.

The obligation was added to a bill drawn up to clarify how decisions are taken in the province in the absence of its devolved government -- suspended since January 2017 due to a dispute between the two main parties that share power.

Britain's Supreme Court ruled in June that Northern Ireland's abortion ban, which applies even in cases of rape, incest, or when foetuses have fatal physical defects, was incompatible with human rights laws, although the case failed on a procedural technicality.

Opposition Labour MP Stella Creasy argued Wednesday that addressing this problem cannot wait until -- or if -- the assembly in Belfast is eventually reinstated.

"Who can make sure that we don't spend another 10, 20, or 30 years hearing the stories of shame, of hurt, of the rights abuses of the people of Northern Ireland and simply shrugging our shoulders because politicians can't get their act together to have an assembly?" she asked.

She proposed an amendment to compel Britain's minister for Northern Ireland and senior civil servants to address any incompatibilities between legislation in the province and national human rights obligations.

The amendment passed by 207 votes to 117, after Prime Minister Theresa May gave her Conservative MPs a free vote.

Gay marriage and abortion are legal in the rest of the United Kingdom.

May's government has resisted pressure to impose reform on Northern Ireland, arguing that decisions are best made in Belfast.

However, there is no sign that the two main parties there, the Democratic Unionist Party (DUP) and Sinn Fein, are close to a deal on resuming office.

The matter is complicated by the fact that the DUP, which strongly opposes abortion and same-sex marriage, props up May's Conservative government in London.

Creasy's amendment was to the Northern Ireland (Executive Formation and Exercise of Functions) Bill, which was created to enable civil servants to take certain decisions in the absence of provincial ministers.

The bill will now be debated in the unelected House of Lords.