Mexican president to help 'El Chapo's' sisters visit him in US 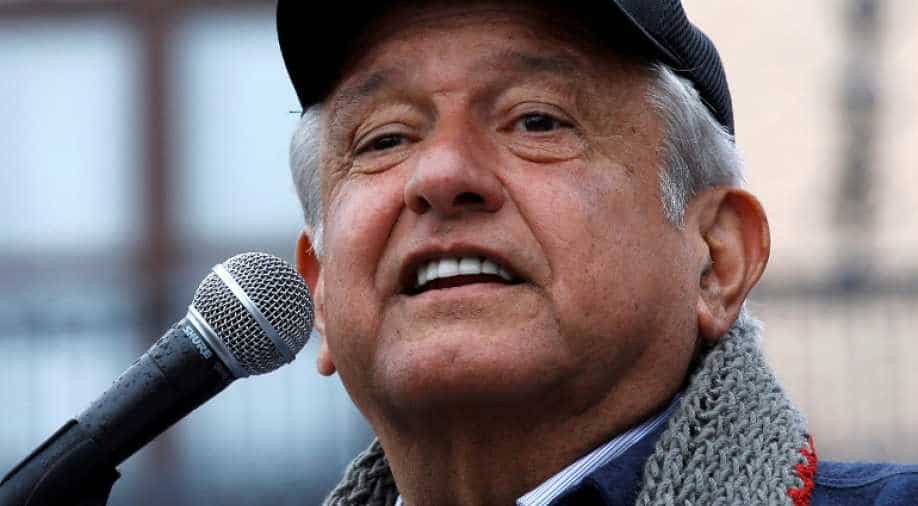 Lopez Obrador said he had received a written request via a lawyer from Guzman's mother to provide 'legal support' to the kingpin and to help his sisters get visas to visit him in the United States.

During his regular morning news conference, Lopez Obrador said he had received a written request via a lawyer from Guzman's mother to provide "legal support" to the kingpin and to help his sisters get visas to visit him in the United States.

"Like any mother, she was asking me to help her son," Lopez Obrador told reporters.

"I gave instructions to facilitate everything so the sisters can go to the United States, and to help them in accordance with the law, and the rules of that country so they can visit him, or be in contact," he said.

The letter was delivered to Lopez Obrador during a trip to Guzman's home town earlier this month, a rare visit to the area by a president, after a jury in New York found the capo guilty of drug trafficking and other charges.

The veteran leftist, who took office as president at the start of December, said that the request for legal support was in the hands of the relevant Mexican authorities.

The 61-year-old Guzman, who is due to be sentenced in June, escaped from maximum security prisons in 2001 and 2015 in Mexico before his third and final capture in January 2016.

A year later, Mexico extradited him to the United States on the eve of President Donald Trump's inauguration.

Guzman rose to prominence as the boss of the Sinaloa Cartel, which security experts and counternarcotics officials long described as the most powerful outfit in the trafficking of drugs to the United States.

Trump has justified his repeated demands for a wall to be built on the US-Mexico border with the need to stop drugs and illegal immigrants entering the United States.

Lopez Obrador, who has sought to avoid conflict with Trump over the wall, is exploring the legalization of some drugs. During his election campaign, he floated the idea of granting amnesty to perpetrators of less serious drug-related offences.