Mausoleum of Rome's first emperor Augustus to reopen after 14 years 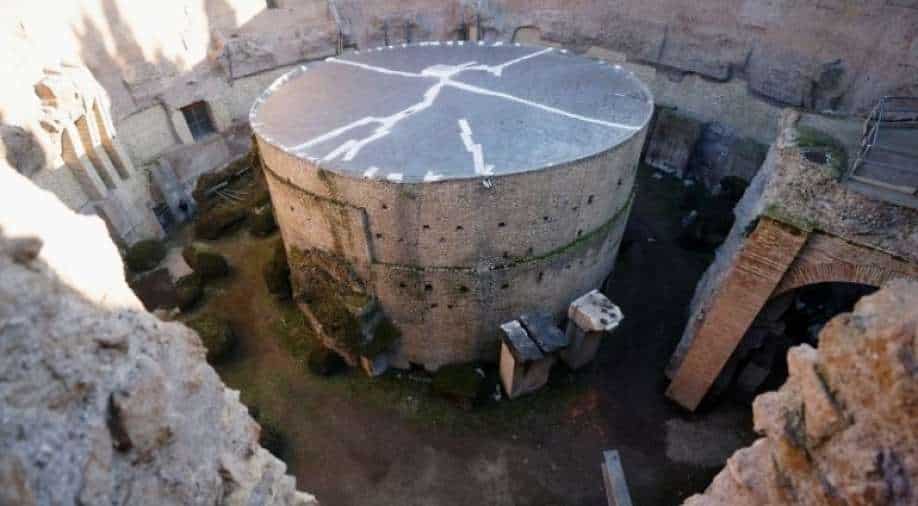 A general view of the mausoleum of Rome's emperor Augustus during a preview of the reopening after years of restoration in Rome, Italy Photograph:( Twitter )

The mausoleum is the largest circular tomb in the world and was constructed in 28 BC near the banks of the River Tiber to house the remains of Augustus and his heirs, including the emperors Tiberius, Caligula, and Claudius

After decades of neglect, one of ancient Rome's most important monuments, the mausoleum of the first emperor Augustus, has been restored and will reopen on 1 March 2021, city officials announced on Friday.

The mausoleum is the largest circular tomb in the world and was constructed in 28 BC near the banks of the River Tiber to house the remains of Augustus and his heirs, including the emperors Tiberius, Caligula, and Claudius.

Describing it as a "historic day for Rome and for the world," the reopening was announced by the city's mayor Virginia Raggi during a press conference at the nearby Ara Pacis museum on 18 December.

"To reopen a monument like this is a signal of hope as we look with good faith towards the future despite the uncertainties of the pandemic. We need to work for the future and maintain our traditions," she said.

Raggi said that from 1 March until 21 April, Rome's birthday or Natale di Roma, the site will be free to all visitors, with online reservations open from 21 December via the Mausoleo di Augusto website.

The monumental tomb of Rome's first emperor is destined to become a major draw for tourists, following decades of abandonment, and Raggi said that after 21 April it will remain free to visit for residents of Rome for all of 2021.

Once one of the most magnificent buildings in the city, it underwent many changes after the fall of the Roman empire, at one point becoming a fortified castle, then a hanging garden, and subsequently an amphitheatre for bullfighting and firework displays.

At the start of the last century, it was transformed into a huge theatre for concerts and operas before the fascist dictator Benito Mussolini ordered the dismantling of the auditorium as he sought to restore the landmarks of ancient Rome.

The site fell into disrepair over the years, trees grew from the walls, and rubbish-filled the pathways.

All that has been cleared and the structure has been made safe thanks to a 10-million-euro ($12.25 million) restoration, partly financed by phone company TIM.

Augustus helped transform Rome into a world-class city with his infrastructure projects. On his deathbed, he reportedly said: "Marmoream relinquo, quam latericiam accepi" (I found Rome a city of bricks and left it a city of marble).

The original marble cladding that adorned his tomb was plundered centuries ago and a statue that once towered over the building has long vanished, but tourists will get the chance to glimpse its past glories thanks to virtual reality tours.