Maradona under investigation after he praises President Maduro 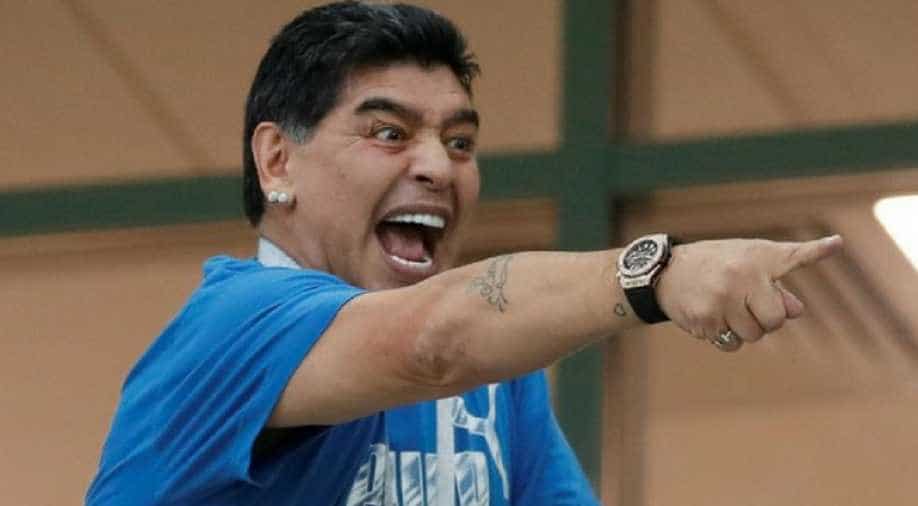 "These Yankees (the United States), the sheriffs of the world, think just because they have the world's biggest bomb they can push us around. But no, not us."

The Mexican Football Federation said Wednesday it has opened an investigation into whether Diego Maradona violated its ethics code when he praised Venezuelan President Nicolas Maduro after a recent match.

Maradona, the coach of Mexican second-division side Dorados, triggered the controversy -- the latest in a long line for the Argentine legend -- with his comments during a post-match press conference Sunday, following his club's 3-2 win over Tampico Madero.

"I want to dedicate this victory to Nicolas Maduro and all Venezuelans, who are suffering," he said.

"These Yankees (the United States), the sheriffs of the world, think just because they have the world's biggest bomb they can push us around. But no, not us."

Maradona is close to Maduro, the embattled leftist leader who has presided over a spiralling political and economic crisis in Venezuela.

Maradona, who has been close with a string of Latin American leftist leaders -- once calling Cuba's Fidel Castro a "second father" -- went on to criticize US President Donald Trump, comparing him to a blond-haired puppet named Chirolita who was popular on Argentine TV in the 1970s.

"This Chirolita they have for president can't buy us," he said.

The Mexican Football Federation said in a statement its disciplinary committee had opened an investigation over the comments "for an alleged infraction of articles 6, 7, 9, 10 and 11 of the FMF ethics code."

Article 7 of that code calls on those affiliated with the federation to "maintain a neutral stance on political and religious matters."

Maradona, who won the World Cup with Argentina in 1986, is considered one of the greatest footballers of all time.

But he is also known for leading a life as colourful off the pitch as on it, publicly battling drug addiction, alcoholism, obesity and countless scandals.