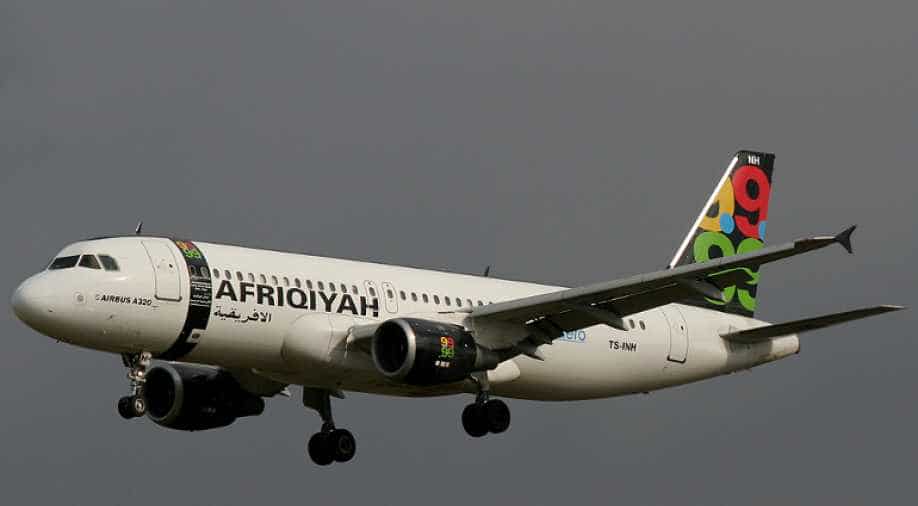 There were 111 passengers, including 28 women and a baby, on board, as well as seven crew members. (Wikimedia Commons) Photograph:( Others )

Hijackers claiming to have a grenade took over a Libyan plane Friday and diverted it to Malta before releasing everyone onboard and surrendering to authorities, officials said.

Rachel Attard, News Editor, The Malta Independent joins us to provide inputs on the current hijack situation at Malta airport. The hijackers have reportedly agreed to release passengers if their demands are met. (WION)

Siala, from Libya's internationally backed Government of National Accord, said the hijackers have also said they want to set up a pro-Kadhafi political party.

After more than an hour on the tarmac, the door of the Airbus A320 opened and a first group of women and children were seen descending a mobile staircase.

In all there were 111 passengers, including 28 women and a baby, on board, as well as seven crew members.

Maltese government sources had earlier said only a single hijacker was believed to be on the plane.

The aircraft had been on a domestic Libyan route operated by Afriqiyah Airways from Sabha in southern Libya to the capital Tripoli but was re-routed.

"The Afriqiyah flight from Sabha to Tripoli has been diverted and has landed in Malta. Security services coordinating operations," Muscat tweeted earlier.

The plane could be seen on the tarmac of a secondary runway surrounded by military vehicles.

All flights in and out of the airport were initially either delayed or diverted to destinations in Italy, though some later took off and landed.

Malta International Airport said there had been "an unlawful interference" but operations had now resumed.

An Afriqiyah Airways source said the two hijackers had threatened the pilots with an explosive device, probably a grenade, forcing them to continue to Malta instead of landing at Tripoli's Mitiga airport.

Libya has been in a state of chaos since the 2011 overthrow of Moamer Kadhafi left warring militias battling for control of different parts of the country.

Forces loyal to a national unity government recently took control of the coastal city of Sirte, which had been a bastion for the Islamic State group since June 2015.

Western powers have pinned their hopes of containing jihadism in the energy-rich North African state on the government but it has failed to establish its authority over all of the country.

A rival authority rules the country's far east, backed by the forces under military strongman Marshal Khalifa Haftar who have been battling jihadists in second city Benghazi.

Only local airlines -- banned from European airspace -- operate in Libya, with flights to Tunis, Cairo, Amman, Istanbul and Khartoum.