LA based artist makes flip flops with Trump's tweets; sells out in a month 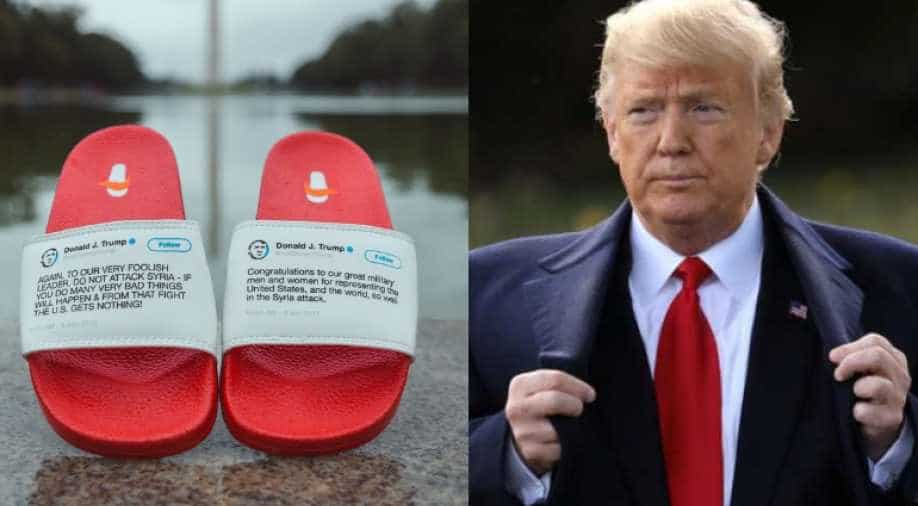 As the work of making slippers is a very time-consuming job for one person, Morrison has halted the making permanently for now.

A Los Angles based artist broke the internet recently after he protested against US President Donald Trump in one of the most unexpected and innovative ways.

An artist, Sam Morrison, has launched a project named 'President Flip Flops' in which he made 1,000 pairs of slippers with Trump's contradictory tweets printed on it.

The hand-made limited-edition "flip flops" are red in colour with rubber base and have a white strap across the slipper. Each slipper has Trump's tweets printed on it and are based on a specific topic. When together the "flip flops" show contradicting opinions on things such as military intervention in Syria, electoral college and more.

On one slipper quote a Trump tweet reads, "Remember, don't believe "sources said" by the very dishonest media. If they don't name the source, the sources don't exist."

The other slipper tweet reads, "An extremely credible sources have called my office and told me that Barack Obama's birth certificate is a fraud."

The project's tagline is, "Walk a mile in his shoes and you'll end up doing a split."

The stocks of the "flip flop" slippers went out of stock within a month, Morrison told the media. According to a media report, he also donated 10 per cent of each purchase to the American Civil liberties Union.

Sam Morrison works in an advertising job and he sold his flip-flop design on his website, "PresidentFlipFlop.com".

As the work of making slippers is a very time-consuming job for one person, Morrison has halted the "flip flops" manufacture currently.