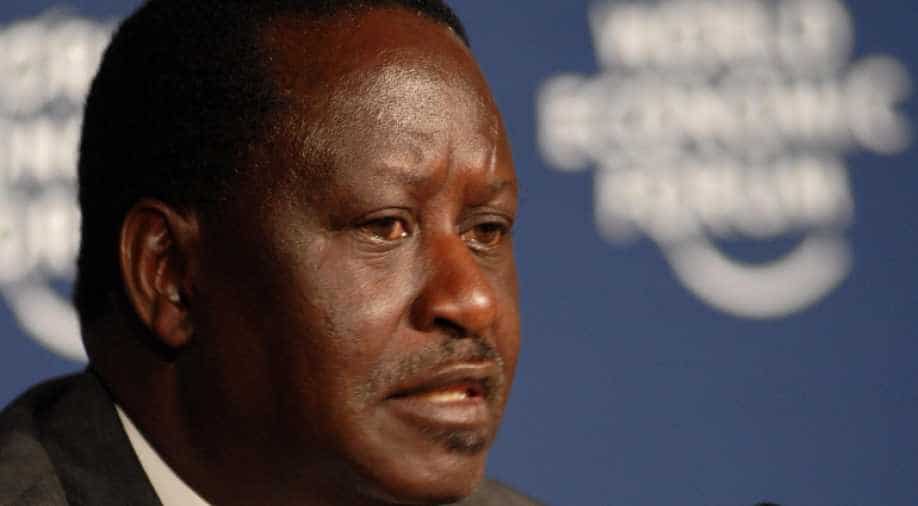 Odinga has repeatedly said he would boycott the polls if the election board did not replace officials he blamed for irregularities in August. (Wikimedia Commons) Photograph:( Others )

Kenyan opposition leader Raila Odinga said on Tuesday he would not stand in a court-ordered re-run of August's presidential election that is scheduled for October 26.

Odinga has repeatedly said he would boycott the polls if the election board did not replace officials he blamed for irregularities in August.

"In the interest of the people of Kenya, the region and world at large, we believe that all will be best served by (opposition grouping) NASA vacating the presidential candidature of elections slated for 26th of October, 2017," Odinga told a news conference in the capital of Nairobi.

Last month, the Supreme Court nullified incumbent President Uhuru Kenyatta's win on August 8 due to procedural irregularities and ordered a new poll to be held within 60 days.

On Tuesday, legislators from the ruling party were debating proposed amendments to the election laws, which said if a candidate boycotted an election, the remaining candidate automatically wins.

Ruling party legislators told Reuters on Monday that they were trying to head off a constitutional crisis if Odinga pulled out of the election.