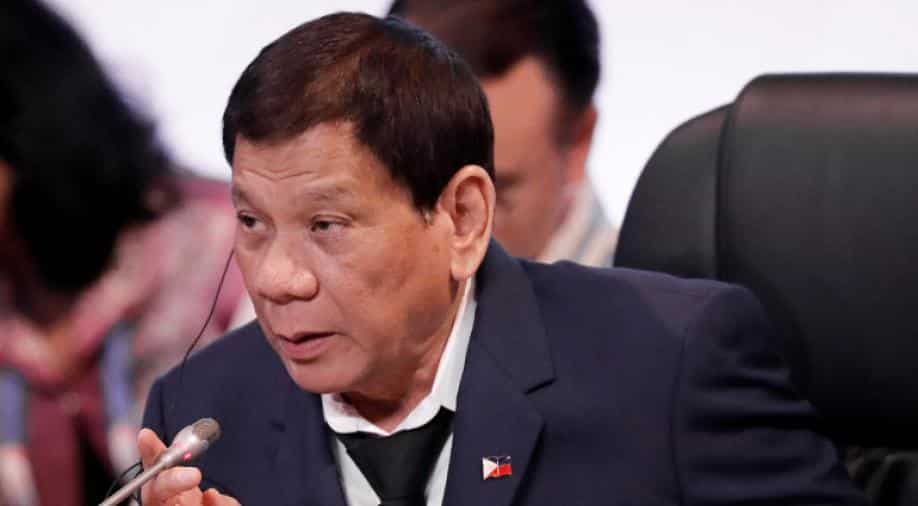 Rappler has been hit by a string of government efforts to shut it down since the site took a critical tone on Duterte, in particular, his internationally condemned drug war that has killed thousands.

The journalist who leads a news site that has battled Philippine President Rodrigo Duterte turned herself in on Monday to face what she termed a "manufactured" tax fraud case that carries the threat of a decade behind bars.

A day after Rappler CEO Maria Ressa flew home to the Philippines under the threat of an arrest warrant, she surrendered at a Manila court and was allowed to remain free after paying a cash bail.

Rappler has been hit by a string of government efforts to shut it down since the site took a critical tone on Duterte, in particular, his internationally condemned drug war that has killed thousands.

Ressa now faces the prospect of a trial in an overburdened court system that is notoriously susceptible to influence from powerful elites.

"They (the charges) are politically motivated and... they are manufactured," she told journalists outside court. "Rappler pays the right taxes."

If found guilty of the charge that Rappler provided false information to tax authorities, she risks up to 10 years behind bars. She posted a bail equivalent of $1,100 (970 euros).

Campaigners condemned the charge, which is one of several tax fraud cases the government filed against Rappler and Ressa last week while she was out of the country to attend a series of prominent journalism events.

'Journalist, not a criminal'

"The attacks on Rappler are consistent with the way the Duterte administration has treated other 'drug war' critics," he said.

Duterte bristles at attacks on his signature campaign to rid the nation of drugs, which police say has killed nearly 5,000 alleged dealers and users who resisted arrest.

Some of the crackdown's highest-profile critics have wound up behind bars, including Senator Leila de Lima, who was jailed on drug charges she insists were fabricated to silence her.

The government accuses Rappler Holdings Corp., Ressa and the site's accountant of failing to pay taxes on 2015 bond sales that it alleges netted gains of 162.5 million pesos ($3 million).

The bonds, called Philippine Depositary Receipts, are at the heart of a case that led the Philippines' corporate watchdog to void the news site's corporate license in January.

Duterte has attacked other media outfits that criticise him, including top newspaper, The Philippine Daily Inquirer and major broadcaster ABS-CBN, threatening to also go after their owners over alleged unpaid taxes.

The government said the charges against Ressa were the consequence of wrongdoing, not retribution.

"You violate tax laws, then you will be prosecuted," Duterte's spokesman Salvador Panelo told reporters.

When Ressa returned to the Philippines Sunday night she told a crowd of TV news cameras at the airport that she would keep fighting.

"I am going to hold my government accountable for publicly calling me a criminal. I am not a criminal," she said.

"I have been a journalist my entire life. I will continue to hold the government accountable," she added.