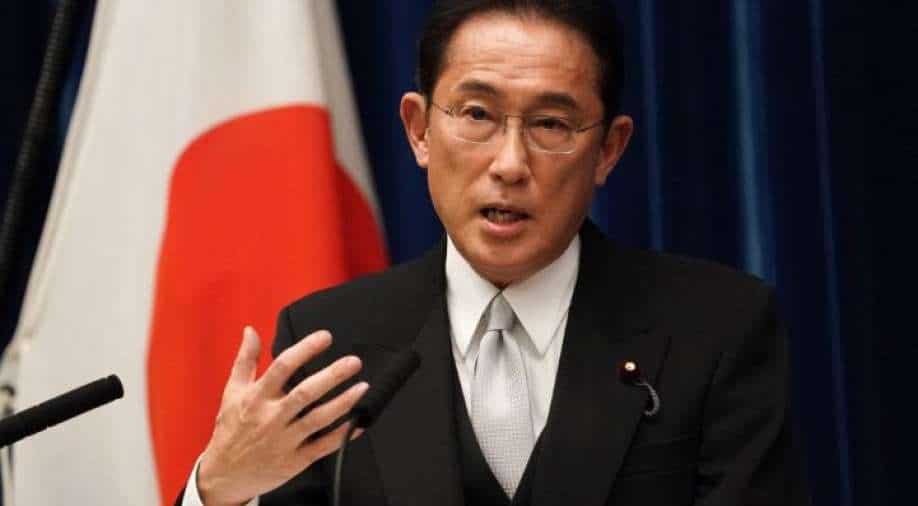 Japan's new Prime Minister Fumio Kishida donated ritual offerings Sunday to a Tokyo shrine viewed by Chinese and Koreans as a symbol of Japanese wartime aggression, though he did not make a visit in person.

Kishida donated masakaki religious ornaments to mark Yasukuni Shrine's autumn festival. It was the first such observance by Kishida since he took office on October 4.

Victims of Japanese aggression during the first half of the 20th century, especially Chinese and Koreans, see the shrine as a symbol of Japan's militarism because it honours convicted World War II criminals among about 2.5 million war dead.

Such observances are seen by critics as a sign of a lack of remorse over the country's wartime atrocities.

Kishida was visiting the 2011 tsunami-hit areas in northern Japan over the weekend and stayed away from the shrine.

His predecessor, Yoshihide Suga, also only made offerings during his one-year leadership. He stepped down in September and visited the shrine on Sunday, dressed in a formal morning coat.

Suga told reporters that he visited as a former prime minister to offer my respect to the sacred spirits of those who sacrificed their precious lives for the country and to pray that their souls may rest in peace.

After China and the Koreas reacted with outrage to a visit to Yasukuni by former Prime Minister Shinzo Abe in 2013, Japanese leaders have avoided visiting the shrine while in office.

Many South Koreans deeply resent Japan for its 1910-45 colonial rule of the Korean Peninsula.

Relations between Seoul and Tokyo have soured in recent years amid disputes over compensation for Korean wartime labourers and over the systematic abuses of comfort women used for sex by the Japanese military before its World War II defeat in 1945.