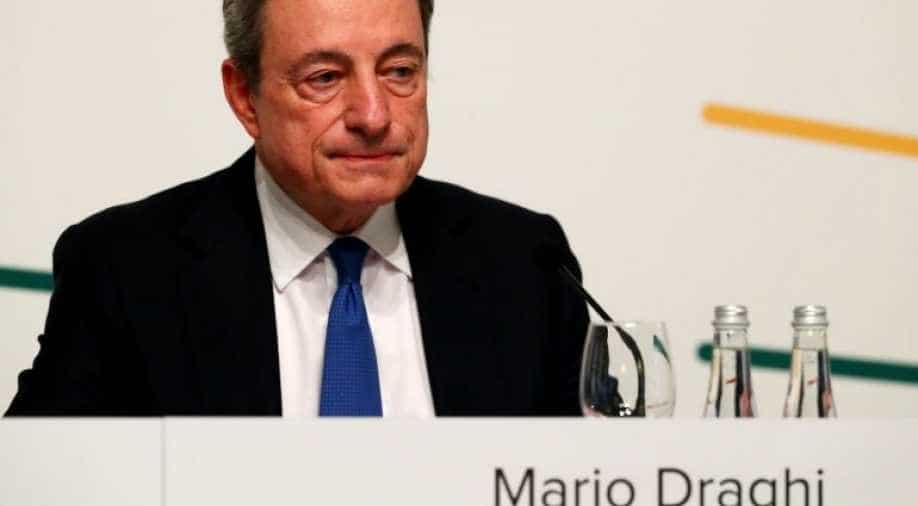 Just a few months ago at an international summit in Rome, President Joe Biden privately told Prime Minister Mario Draghi of Italy that when it came to showing that democracies can function well, “You are doing it.” For good measure, he added, according to a person in the room, the Italian had a “hell of a political operation.”

Since taking office last February, Draghi has stabilized Italy’s volatile politics, made populism unfashionable, and assured international markets with long-sought overhauls and tough coronavirus measures. He has turned a nation whose political chaos has often prompted derision into a leader on the European stage and imbued Italians with a renewed sense of pride and steadiness.

But suddenly Italians are facing the prospect that Draghi — formerly the president of the European Central Bank and widely credited with saving the euro — could exit as prime minister. Starting Jan. 24, Italian lawmakers vote for a new seven-year president, an influential but often ceremonial role that Draghi is widely understood to covet.

If he were to become president, his backers say, the political parties could clear the way for a new technocratic government or join forces again in another national unity government that could last until new elections in 2023. Draghi’s steadying influence as president, some hope, could extend a golden age of unusually unified Italian politics even far beyond that.

But the uncertainly around Draghi’s future has already unleashed pent-up political machinations and ambitions, pushing Italy back toward a dangerous, if familiar, precipice of instability. Members of Parliament and many Italians fear a mess that could lead to a significantly less effective administration or even a stumble into early elections, which almost no one wants.

“It would be a shame if we miss this opportunity” by losing Draghi’s leadership when key overhauls are being put in place and Italy has a chance to become a leader in Europe, said Vittorio Colao, Italy’s minister for technological innovation and digital transition who is a former chief executive of the telecoms group Vodafone and a close ally of Draghi.

Draghi took power as a caretaker prime minister amid a political crisis in February 2021, when he was chosen by the current president, Sergio Mattarella. What has made his time in office most opportune is the European Union’s agreement to extend Italy more than 200 billion euros (about $228 billion) in recovery funds — a pool of money that has the potential to amplify Draghi’s reform agenda and make it the most transformative in generations.

Italy must still meet stringent requirements for Brussels to release billions in future tranches. In June, for instance, Italy needs to show that its programs are still on track to receive a tranche of 24 billion euros from Brussels in the following months.

Having that money in the hands of Draghi has reassured global markets and European Union leaders and given Italy its best shot at modernization in decades.

Colao said the EU-funded overhauls will be a “permanent fixture of the Italian system until 2026.” But when asked if the government could move forward without Draghi, he said, “Completely without, or with him in another role, is the question.” No Draghi at all, he said, would be a “bad scenario.”

Supporters of Draghi note that a figure of his stature — and the connections he has with foreign leaders and the media attention he commands — could make the presidency more muscular.

Though an often-ceremonial position, the role is also imbued with enormous powers, especially in political crises — allowing the president to select prime ministers and the government, deny mandates to weak coalitions and dissolve Parliament.

But while some worry about diminishing his potential successor by essentially crowning Draghi king, others are more concerned about removing him from the levers of power and negotiations at the European level when there is so much money on the table.

Draghi would become the first sitting prime minister to make the leap to the presidency. Since he was called on by Mattarella to lead the government, the world has come to admire his management of the pandemic and Italy’s turnaround.

Still, Draghi’s national unity government has increasingly shown cracks, such as during the recent passage of judicial changes and the introduction this month of his government’s vaccination mandate for Italians 50 and older.

His supporters argue that all the political jostling for the presidency shows that his government is fast-approaching its expiration date anyway and that the country would be better served by seven years of Draghi, ideally with a replacement from among the technocrats in his government to extend the Draghi effect.

“Instead of seven more months, the golden period would continue for another seven years,” said Claudio Cerasa, editor of the newspaper Il Foglio, who has been a booster of Draghi. “Prime ministers come and go but the president is for keeps.”

Colao, who many believe has his own designs on replacing Draghi as prime minister, added that Draghi “really thinks strategically in a long term — but he has a very, very pragmatic approach to the short term.”

But Draghi’s election to the presidency is by no means assured. To the contrary, depending on the day, it appears likely or a long shot as a barrage of candidates, including former Prime Minister Silvio Berlusconi, have come out of the woodwork.

The secrecy, and self-interested nature, of the vote makes it ripe for influence peddling. In recent days, opening gambits took the form of government-collapsing ultimatums, with Berlusconi saying that he would pull his party out of government if Draghi became president.

Secret negotiations between the nationalist League, led by Matteo Salvini, and the center-left Democratic Party, are already underway, with the aim of avoiding new elections, possibly by keeping Draghi as prime minister of a government consisting of political leaders rather than technocrats.

Many, though perhaps not Draghi, are hoping that after sufficient votes fail to materialize for presidential hopefuls in opening ballots, a reluctant Mattarella, 80, can be persuaded by a broad alliance to serve another term, or at least to stick around for a couple more years and leave a new term early.

In theory, that would allow Draghi to defer his dream job until after the vital recovery fund programs have been put in place. But a year or two is an eternity in constantly evolving Italian politics.

Draghi, no political neophyte, has added his own pressure, asking the political parties if it was at all imaginable for a government that splinters on the choice of a president — be it him or anyone else — to “come back together magically” to run the country.

But even Draghi has not been untarnished by the political sniping. His backers say that he has become a more politically cautious broker between the bickering parties than their firm leader. In his most recent news conference, the prime minister sounded defensive, insisting that he was the one really making decisions. His honeymoon period seems to have ended.

“There is a lot of noise in the system because of this presidential race,” Colao said, nevertheless acknowledging that political pressure had “on the margins” increased the urgency of getting modernizing projects into the pipeline.

It may end up being the instinct for self-preservation that decides Draghi’s fate.

In a 2019 referendum, Italy decided that the next legislature would have more than one-third fewer seats. The largest bloc in the current Parliament is still dominated by the anti-establishment Five Star Movement, which has imploded since coming to power. Many members are desperate for the legislature to continue so that they can keep their jobs.

And if snap elections are called before September, members of Parliament in their first terms — many of them first-time politicians loath to return to low-paying jobs — would also lose their right to lucrative pensions.

As a result, they are strongly interested in a president who would ensure more time in office. Berlusconi has promised not to allow elections until 2023.

But for Italy’s prosperity, Draghi’s supporters argue that he needs to stay on center stage, one way or another.

“I am convinced,” Colao said, “that the orchestra and the director have indicated that there is a different way of approaching things.”