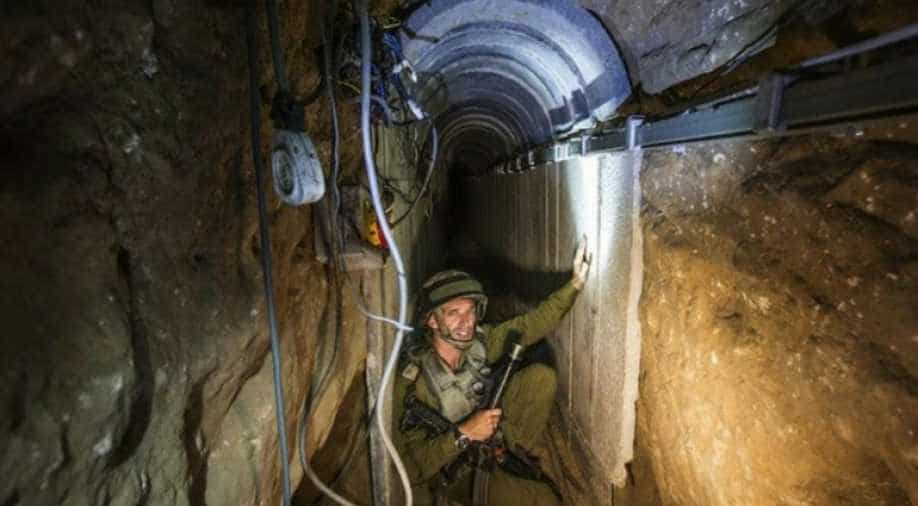 Israeli forces on Sunday knocked out a tunnel in the Gaza Strip dug by Hamas militants to mount cross-border attacks, the military said.

The tunnel had been cut off during the 2014 Gaza war and Hamas had tried to put it back into operation, a military spokesman said. It had been dug inside the Hamas-ruled enclave several hundred metres away from Israel's border fence.

The Israeli forces did not cross the border to render the tunnel inoperable but used a new technique, Lieutenant-Colonel Jonathan Conricus told reporters.

A spokesman for Hamas, the dominant Palestinian group in the Gaza Strip and Israel's arch foe, said the military was "marketing fake achievements" to boost the morale of soldiers and Israelis living near the enclave.

Israel withdrew its troops and settlers from Gaza in 2005 but still maintains tight control of its land and sea borders. Also citing security concerns, Egypt keeps its border with Gaza largely closed.

Israel last went public with an operation against a Gaza tunnel in the area in January, saying that the secret passage had also run through neighbouring Egypt.

Meanwhile, the Israeli military on Sunday announced that it destroyed two attack tunnels, one that entered Israeli territory and another inside the central Gaza Strip, the latest in a series of underground structures have been demolished by Israel in recent months.

The border-crossing tunnel destroyed early Sunday morning was located in the southern Gaza city of Rafah.