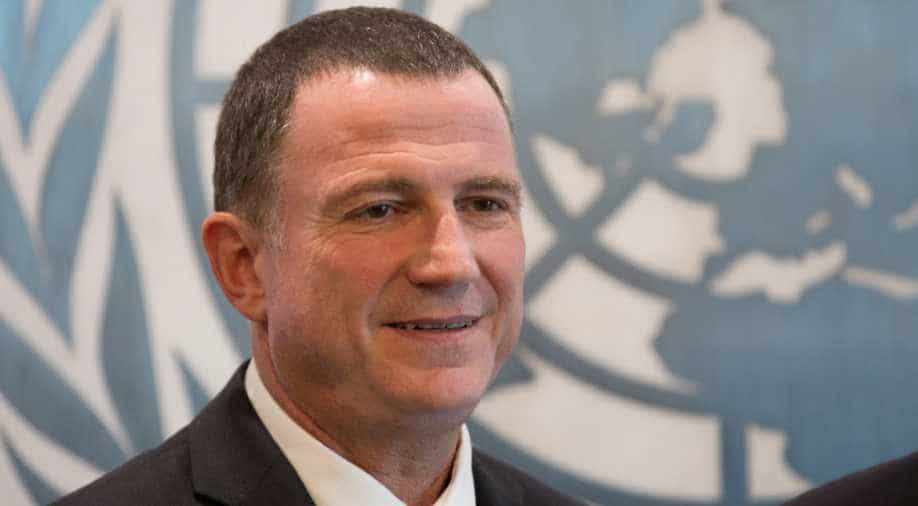 Israel adopted a law on Monday that critics say targets Israeli rights groups critical of the right-wing government's policies, and which supporters see as a blow against foreign interference in their country's affairs.

"Members of the Knesset, 57 in favour and 48 against no abstentions," said Edelstein.

Called a "transparency bill" by its sponsor, far-right Justice Minister Ayelet Shaked, it will require NGOs to give details of overseas donations if more than half their funding comes from foreign governments or bodies such as the European Union.

"I think it's the right of the public to know if a specific country of state wants to fund an NGO more than 50 per cent. In Israel, in general we are not interfering in other country or politics of other country, and I expect countries will respect Israel and will try to influence on Israel in a diplomatic path and not by funding millions of Dollars or Euros to NGOs that usually try to promote their views," said Shaked.

The United States and European Union have raised their concerns publicly and privately about the legislation, which passed its third and final reading in parliament by a vote of 57-48.

Opponents of the law say it is discriminatory because it is mainly groups that oppose the policies of Israel's administration towards Palestinians which receive money from foreign governments and the EU.

Private funds from overseas, such as money donated to Israeli groups that support Jewish settlements on occupied land Palestinians seek for a state, were not addressed in the bill.

"This is a bill that is a very wrong bill meant to chase a specific NGOs that allegedly help the left wings, it's not right. The right wing has a lot of NGOs that helping them. There is a lot of money in the right wing that is going to the prime minister and others. If we want to make a bill that will inspect NGOs we should do it a general bill we should work on it," said Hilik Bar, deputy speaker, Zionist Union.

The final version of the bill was watered down to remove a clause that would have required lobbyists for NGOs affected by the new rules to wear special name tags during visits to the legislature.

"It's far from transparency, it's anti-democratic, it's triangulation of the left. Mainly they are targeting specific communities and associations. We are talking about B'Tselem, talking about Adalah, keeping the silence. They are acting in a fascist way exactly as what is done in the third world. People should be free in order to act and to resist and to be opponent to the government," said Israeli-Arab member of Knesset, Ahmad Tibi.

Netanyahu, in defending the bill as "democratic and necessary", has seemed to allude to foreign monetary support for Israeli groups backing Palestinian statehood.

Addressing members of his conservative Likud party earlier this year, Netanyahu drew parallels with Spain's Basque country where various separatist groups used peaceful or violent means to further their cause. More than 30,000 NGOs are registered in Israel, about half of them active.

Around 70 of those groups deal with the Israeli-Palestinian conflict and receive funds either from the EU as a whole, or individual member governments, including Denmark, Sweden and Belgium, as well as non-member Norway.