IS may have used chemical gas in rocket attack: Reports 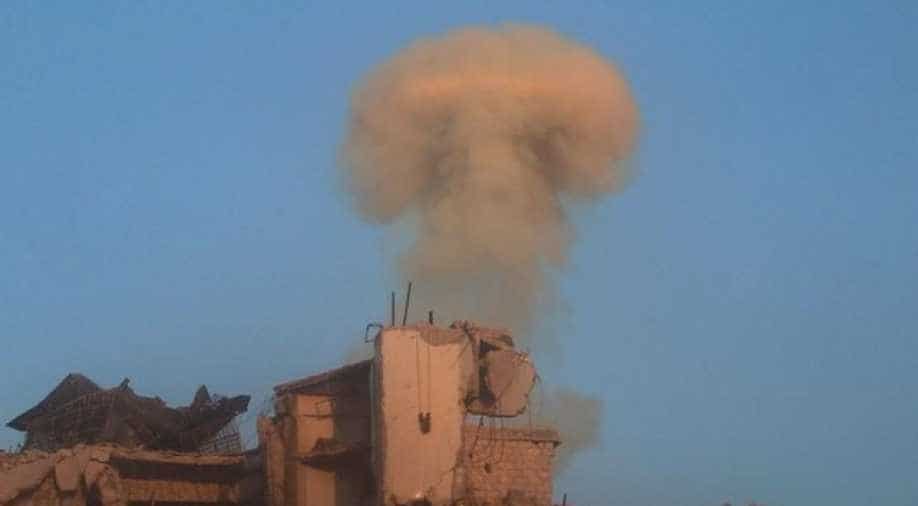 Smoke rises from a damaged building after a strike on the rebel-held besieged al-Shaar neighbourhood of Aleppo. Photograph:( Reuters )

An Islamic State rocket attack may have been laden with chemical gas, Turkish media said citing the military.

State-run Anadolu agency said 22 Turkish troops showed symptoms of a chemical attack by IS in the Haliliye area.

"Twenty-two rebels were observed to have symptoms of being exposed to chemical gas in their eyes and bodies as a result of the rocket fired by Daesh (IS)," media reports said.

The reported attack comes as IS struggles to keep away Turkish-backed rebels from the town of al-Bab, a crucial region for Ankara's "Euphrates Shield" offensive. Turkey launched the Euphrates Shield to push the Islamist militants away from the Syrian side of the Turkish border.

The Turkish emergency team have conducted various tests on the injured to check for traces of chemical, other Turkish media reports said.

In the last 24 hours around al-Bab, Turkish jets have destroyed four Islamic State targets in the Anifah region, and one Turkey-backed Syrian rebel has been killed and 14 wounded in clashes, the military said.

On Thursday, three Turkish soldiers were killed in an air strike in Syria which the army said it believed was carried out by the Syrian air force. It happened on the first anniversary of Turkey's downing of a Russian jet over Syria and raised fears of an escalation in the conflict.

Ankara and Moscow only restored ties, which had been damaged by November's jet incident, in August. While they continue to pursue conflicting goals in Syria, Turkey has of late been less openly critical of Assad than in the past.