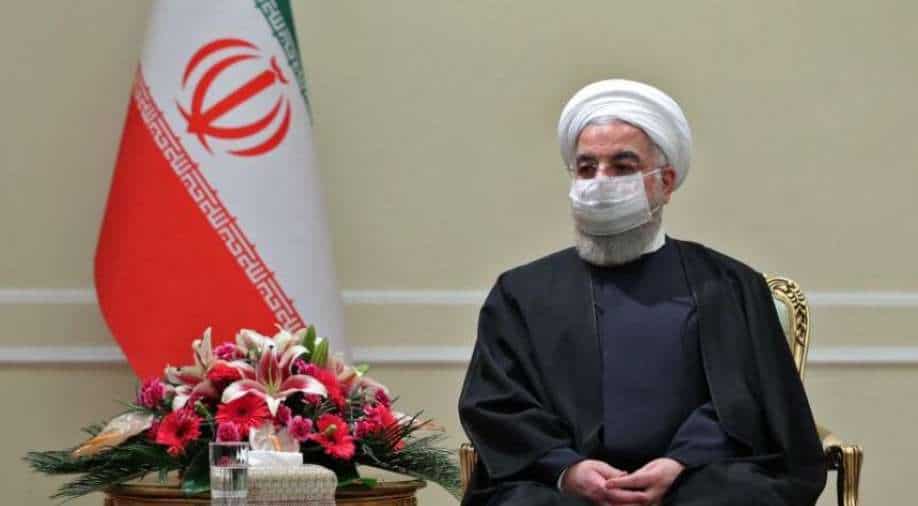 Ireland is currently "facilitator" for the United Nations Security Council resolution that enshrined the 2015 nuclear accord between Iran and six major powers, according to the Irish foreign ministry.

Iran's President Hassan Rouhani Sunday urged Europe to avoid "threats or pressure" in any negotiations with Tehran, as he received Ireland's foreign minister amid diplomatic efforts to revive a landmark nuclear deal.

Ireland is currently "facilitator" for the United Nations Security Council resolution that enshrined the 2015 nuclear accord between Iran and six major powers, according to the Irish foreign ministry.

The deal, known formally as the Joint Comprehensive Plan of Action (JCPOA), has been hanging by a thread since former US president Donald Trump unilaterally withdrew from it in 2018 and reimposed punishing sanctions on Tehran.

Following Joe Biden's US presidential election victory in November, the US, the European parties to the deal -- France, Germany and Britain -- and Tehran have been trying to salvage the accord.

"The best way to solve problems with European partners at various bilateral, regional and international levels, is negotiations based on mutual respect and avoiding any threats or pressure," Rouhani told Irish Foreign Minister Simon Coveney at Sunday's meeting, according to a statement by the Iranian presidency.

Ireland is not party to the nuclear deal, but currently sits on the UN Security Council.

As  "facilitator" for the UNSC resolution enshrining the nuclear deal, Dublin is tasked with keeping other council members briefed with implementation of the deal.

The Iranian president criticised Europe's "inactivity on JCPOA commitments", and added that Iran is committed to "preserving the JCPOA and is the only party that has paid a price for it."

"But this situation cannot continue as it is," Rouhani stressed.

"Preserving and reviving" the deal requires all sides to act on their commitments, he said.

The three European parties to the nuclear deal on Thursday scrapped a draft resolution at the UN's International Atomic Energy Agency that criticised Iran's suspension of some nuclear inspections, a move welcomed by Tehran.

Biden has signalled his readiness to revive the deal, but insists Iran first return to all its nuclear commitments, most of which it suspended in response to the US sanctions.

Iran on February 23 started to restrict some IAEA inspections.

But a visit to Tehran by the UN nuclear watchdog chief Rafael Grossi just before the restriction came into force led to an interim technical deal for up to three months.

The arrangement would allow the body to continue monitoring "all the key activities," Rossi said at the time.

Rouhani noted that "Iran still remains committed to cooperation with the IAEA."

He added that Iran is ready to reverse the restrictions "after the lifting of America's illegal sanctions, and it stopping the policy of threats and pressure."

Iran's top diplomat repeated Tehran's stance on "the necessity of the complete and effective lifting of America's illegal sanctions", the foreign ministry said in a statement.

Zarif said on Twitter on Friday that he will soon present Tehran's "constructive concrete plan of action -- through proper diplomatic channels".

Coveney's visit also comes after Ireland announced its plan to designate a charge d'affaires to Tehran and reestablish its embassy in Iran by 2023.