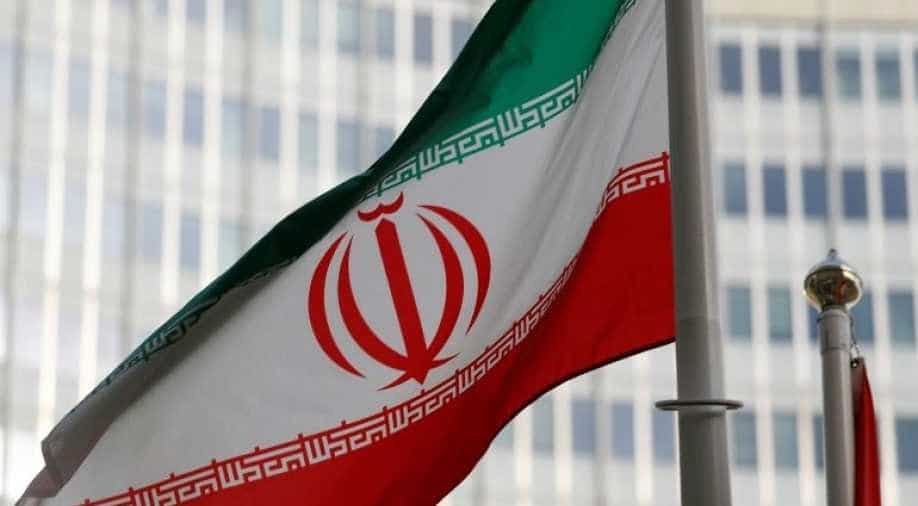 IAEA chief has accepted Iran's increase in production of enriched uranium, however, abstained from stating if the quantity was within limits of the 2015 nuclear deal that the US recently abandoned.

Iran has followed through on a threat to accelerate its production of enriched uranium, the head of the UN atomic watchdog said on Monday, departing from his usual guarded language to say he was worried about increasing tension.

The assessment comes at a time of sharply increased US-Iranian confrontation in recent weeks, a year after Washington abandoned an agreement between Iran and world powers to curb Tehran’s nuclear program in exchange for the lifting of international financial sanctions.

Washington tightened sanctions from the start of May, ordering all countries and companies to halt all imports of Iranian oil or be banished from the global financial system. It has also dispatched extra troops to the region to counter what it describes as Iranian threats.

Iran has responded with a threat to increase its enrichment of uranium, saying it is up to Europeans who still support the nuclear deal to save it by finding ways to ensure Tehran gets the economic benefits it was promised.

IAEA chief Yukiya Amano, whose agency is responsible for monitoring Iranian compliance with the nuclear deal, said Iran was now producing more enriched uranium than before, but it was not clear when it might reach stockpile limits set in the pact.

“Yes, (the) production rate is increasing,” he told a news conference when asked if enriched uranium production had accelerated since the agency’s last quarterly report, which found Iran compliant with the nuclear deal as of May 20. He declined to quantify the increase.

Iran said last month it was still abiding by the deal but would quadruple its production of enriched uranium - a move that could take it out of compliance if stockpiles rise too far. It demanded European countries do more to shield it from sanctions.

On Monday, German Foreign Minister Heiko Maas became the most senior Western official to visit Iran since the new war of words erupted last month between Washington and Tehran.

“The situation in the region here is highly explosive and extremely serious,” Maas told a news conference alongside Iran’s foreign minister, Mohammad Javad Zarif. “A dangerous escalation of existing tensions can also lead to military escalation.”

In his meeting with Maas, President Hassan Rouhani blamed the United States for the soaring tension and called on the European signatories of the deal to “resist the economic war on Iran imposed by America”.

“This war ... will never be beneficial for any country and the Iranian people will resist these pressures and bullying behaviours,” Iran’s state TV quoted Rouhani as saying.

Zarif said Iran would cooperate with the European Union to save the deal. “Reducing tension is only possible through stopping the economic war by America,” he said. “Those who wage such wars cannot expect to remain safe.”

Maas called on Iran to avoid an escalation and stick to its commitments from the nuclear deal. Otherwise, Tehran would risk further isolation on the international stage and more instability in the region, Maas warned in an interview with ZDF television, broadcast shortly after his return to Berlin on Monday evening.

Amano said he was worried about increasing tensions over the nuclear issue. He added he hoped “that ways can be found to reduce the current tensions through dialogue. It is essential that Iran fully implements its nuclear-related commitments” under the deal.

In Washington, State Department spokeswoman Morgan Ortagus said the IAEA findings showed “that Iran is going in the wrong direction and it underscores the continuing challenge Iran poses to international peace and security.”

Washington’s European allies opposed its decision last year to abandon the nuclear deal, reached in 2015 between Iran and the United States, Germany, France, Britain, Russia and China. They have promised to help Iran find other ways to trade, although with no success so far. All major European companies that had announced plans to invest in Iran have since called them off for fear of US punishment.

Iran says the Europeans have not done enough to provide it with alternative ways to trade.

“We have not seen any serious measures taken by the Europeans in the past year despite their fairly good political stance,” Rouhani said.

Maas said there were limits to how much help the European countries could provide.

“We want to fulfil our obligations,” Maas said during his news conference with Zarif. “We cannot work miracles, but we will try to avert a failure” of the nuclear deal.

France, Britain and Germany have set up a special-purpose vehicle called Instex, designed to allow payments to Iran that would legally bypass sanctions. It has yet to be launched.

It is a new instrument and not straightforward to put into effect, Maas told reporters, adding: “But all the formal requirements are in place now, and so I’m assuming we’ll be ready to use it in the foreseeable future.”

Washington has denounced the European plans. Diplomats say the system is unlikely to have much impact on commercial business with Iran but could be used for humanitarian transactions that are permitted under US sanctions.

The State Department’s Ortagus said the United States would not support any payment mechanism that allowed countries or businesses to conduct transactions with sanctioned Iranian entities.

Washington says the nuclear deal should be expanded to cover other issues including Iran’s missile program and its role in wars in the region. European countries argue that while they share those concerns, it would be harder to address them without the nuclear deal in place.

Iran has ruled out any negotiation over its ballistic missile program and its activities in the Middle East, where Tehran has been involved in proxy wars with Saudi Arabia for decades.