I will go back to Lebanon: Hariri 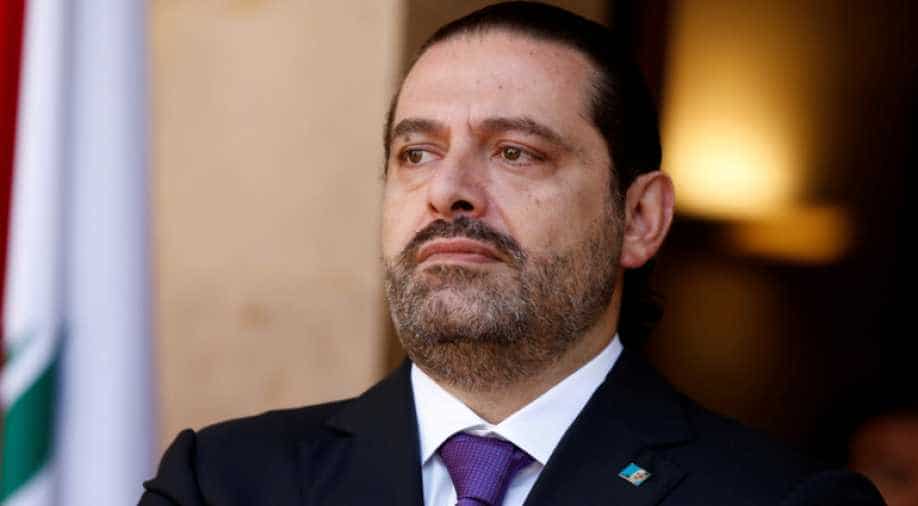 Saad al-Hariri had resigned as prime minister last week with Lebanon declaring that Hariri was being held in the Saudi Kingdom. Photograph:( Reuters )

Lebanon leader Saad al-Hariri said on Sunday he would leave Saudi Arabia for Beirut "tonight or tomorrow" as the standoff between the two countries continued on Sunday.

In an interview with a television station, Hariri, who had resigned as prime minister of Lebanon during a visit in Saudi Arabia, said he would come back if security measures to protect him were not put in place.

"I will go back to Lebanon, I can go back tonight or tomorrow, but if you don't want me to take security measures to protect myself I will come back. I will come back maybe within two or three days," Hariri said.

Saad al-Hariri had resigned as prime minister last week with Lebanon declaring that Hariri was being held in the Saudi Kingdom.

Hariri said he had stepped down to down for the sake of the Lebanese national interest, asserting that Lebanon should stick to the policy of "disassociation" from regional conflict.

"If I want to pull back from the resignation, Lebanon's policy of disassociation from regional conflicts must be respected. Those are things we cannot handle," Hariri declared.

"There is a regional conflict between Arabic countries, we are too small to intervene in, as well as with Iran. Why do we put ourselves in the middle, we are in the eye of the storm, we have Islamic State militants, we have Nusra, we have al-Qaeda and the Syrian regime. And we want to intervene in other places, why is that?," he asked.

Last week Saudi Arabia had ordered its citizen to leave Lebanon even as Hezbollah's parliamentary bloc called on Saudi Arabia to "stop interfering" in Lebanese affairs.

The Saudi foreign ministry had said last week Saudis should not travel to Lebanon because of "the situation" in the country, without elaborating.