'I can be good role model for those having identity crisis and mental breakdown', says ISIS first lady to WION 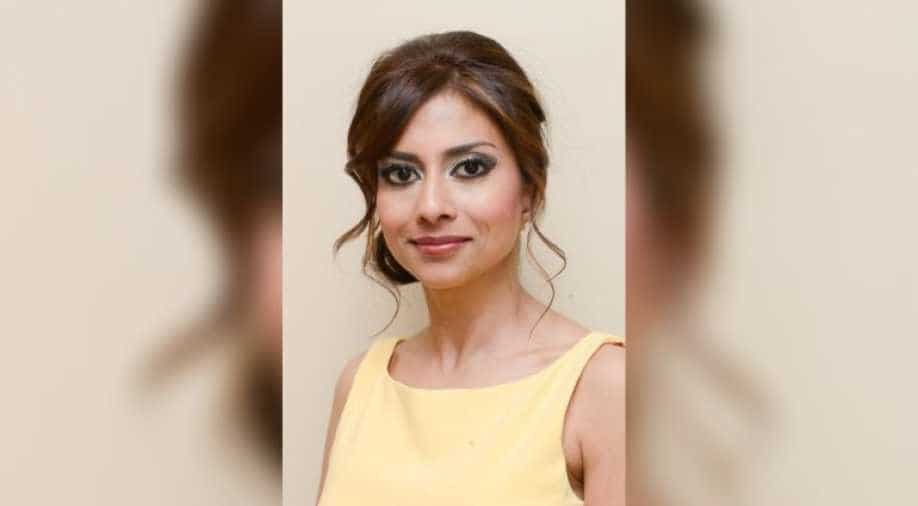 Tania Joya was radicalised at age 17, after the September 11 terror attacks in New York.

Exclusively speaking to WION, Tania Joya briefs her story from a core jihadist to a deradicalisation activist.

Born in 1984 near London to a Muslim-Bangladeshi family, Joya grew up confronted by racism and the struggles of integration.

She was radicalised at age 17, after the September 11 terror attacks in New York.

"We are working towards ending Islamic terrorism with an organisation through workshops for parents, teachers and police officers or anyone who wants to take this course", Tania said.

Edited excerpts of the interview:

WION - Do you think that ISIS will get dismantled ever as there are reports of their regrouping in Syria again? There are reports also of them expanding to other regions in Asia.

Tania Joya - They have been dismantled but they can regroup and they have a plan for that. They are not going to stop their agenda and are waiting to regroup. I know that they are growing in the Philippines and also in Afghanistan. I don't know much about their growth in Asia or India.

WION - Can you tell us something about your background and where are you living now? Also, about your story of transition from a ranking ISIS member to now a deradicalisation activist?

Tania Joya - I was a British Bengali, grew up in England and when I was 17-18, I was radicalised and became a Muslim fundamentalist and after September 11, I got married at 19 to my ex-husband John Georgelas (Yahya al-Bahrumi). We travelled together. We were married for about 10 years, but the marriage was dysfunctional and wasn't perfect. I have four children with him. I wanted to leave the marriage as it was very difficult.

I did not have the right to divorce, I did not have the permission to leave the house without his permission. Before I was married, I did not realise how tough my life would be. Once I got married, I was pretty much stuck. 10 years later in 2013, we were in Turkey, my ex-husband took us across the border where I informed US authorities that I need to get away from my ex-husband as I was afraid for the life of my children. I crossed the border back to Turkey and I returned to US and currently living in Dallas.

WION - How do you think your story evolution as a woman and independent thinker should now be heard?

Tania Joya - I think that I can be a good role model for lost kids, lot of teenagers growing in the west, having an identity crisis and mental breakdown. They turn to a coping mechanism through drugs or religion or something else.

They aren't given counselling as well. I would like to show young people to not give up on life as I did. When I decided to be a Muslim fundamentalist, I gave up my will power and my rights as a human being. I did it subconsciously and did not realise what I was doing. So I would like to speak up and help other young girls to encourage that you can have spiritual power. You have to work at this life as we do not have any other evidence that the other life that we are going to have would be real or not. So, we would focus on this life and should not give up easily. Because if you work on it, you can get better. I was labelled as former extremist, I was not extremist as I did not use violence. But I was definitely fundamentalist. So my story alone can show a lot of girls, and I know other women who are stuck in marriage can't get out. But when they see how I managed, it gives them some hope. I want to help others who were like me feeling helpless. I want to get them out of domestic abuses and get them rebuild themselves and find them who they were.

WION - From a hardcore jihadist to de-radicalisation activist, how have people around you accepted you? If you come across women leading on the same path as you did, what are you going to say to them?

Tania Joya - Well, I am in America and in America, people are very different from England. Since I am in America, it was the American values that changed my ideology. Like I did not know about the constitutional bill of rights when I was growing in the UK. I learned about the value system in the US. I understood that it is better than Islam, being in America, I was not afraid of questioning of religion. I had the freedom to do that. I did not have the Muslim community that would tell me that I was weak or I was not a good Muslim. It really changed my life. A lot of extremism has to do with the environment. If a person is in that environment, they also think the same way. So once you put that individual out and put them into a different space, they can adjust and start learning and becoming something new.

I hope to break these toxic environments and want to dismantle them. We are working towards ending Islamic terrorism that way. At least in the West, we are going to start it with America first and then the West. I also work for an organisation, which prevents violent extremism programming and conduct workshops which is for parents, teachers and police officers or anyone who wants to take this course which breaks up all the stages when people radicalised. The workshop is free and we are going to the therapist and will help individuals from extremism the prisons are more terrible. We want to break that delusion and we want to bring them back into reality. It is hard as it has been for myself because I had to go through the other mental breakdown and had to realise how wrong I was.

WION - You are often referred to as "First lady of ISIS", how do you come up with such taglines and how did you felt on knowing this after you were completely out of such things?

Tania Joya - Yes, well that's a terrible name. But all those names like "ISIS bride", and all these labels are terrible. I was married to the highest-ranking American in ISIS and he was the commander. He enjoyed ISIS but I separated from him and came to America. But those names are in self a headline I guess. But I am not an ISIS bride. I was a fundamentalist and married to extremist and finally got out with my children.

You have to accept and do not need to question. Because if you are questioning, you are sinning. Part of my de-radicalisation was educating myself. I was always interested in psychology, philosophy and different religion of the middle east before Islam. Every woman deserves better as they are not property. No one is property. Women and children have equal rights as men do.

WION - What events manipulated you and made you close to radicalisation?

Tania Joya - Well, first my children, when I came to America I already came to the acceptance that Islam is not perfect. I got to stop pretending, after having children, I really did not want my children to be like their dad or their dad's friends for the way they use to treat their women. I wanted to see my children live life and help people rather than destroying it. Because extremists do not want to save the world or environment and are not concerned. They are irresponsible and I do not want to see the end of my children. I do not want to be parents like you see the Kurdish camps separating children every day was fear, natural materialist fear and I could not switch off that voice that I want to make my children feel safe. I see woman brainwashed to a different level.

WION - What is the one message that you want to give out to all the women out there?

Tania Joya - My message to women is to aim high and don't settle for less. Educate yourself and do not depend upon anyone. You should know that you are worthy.