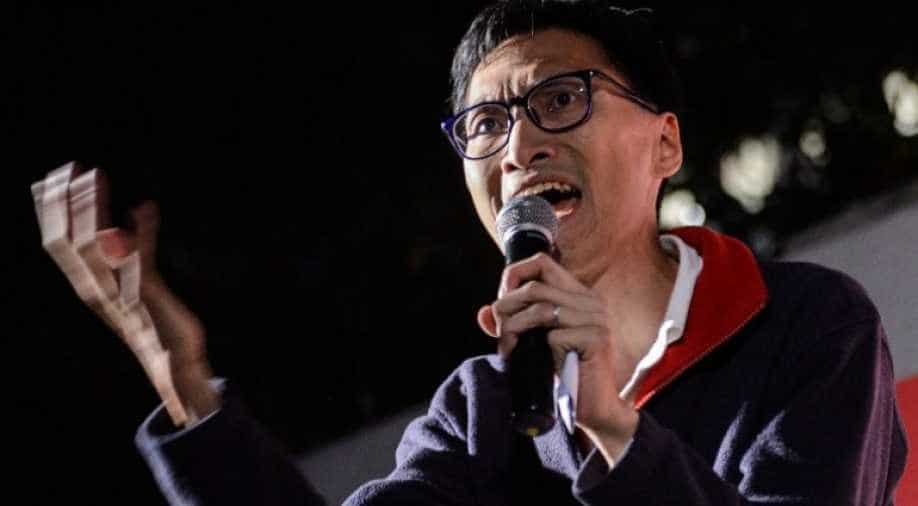 The disqualification of popular lawmaker Eddie Chu is the latest blow to the democratic movement as room for an opposition in semi-autonomous Hong Kong shrinks under an assertive China.

A Hong Kong legislator has been barred from standing in a local election after being accused of supporting independence from China, sparking fury Monday among the city's pro-democracy camp who warn of tightening ideological control.

The disqualification of popular lawmaker Eddie Chu is the latest blow to the democratic movement as room for an opposition in semi-autonomous Hong Kong shrinks under an assertive China.

Chu is the first person to be blocked from standing in rural village elections after poll officials decided he is pro-independence a red line for Beijing.

While he has supported self-determination for Hong Kong, he maintains he does not advocate its separation from China.Voices for self-determination emerged from the 2014 Umbrella Movement protests, and believe in the right of Hong Kongers to decide their own fate, including how the city should be governed.

Chu said the decision to ban him reveals a Cultural Revolution-style approach that everyone has to be "thought police".

"Not only must a person in Hong Kong not advocate independence themselves... But if you didn't oppose the right of others to advocate it, then your own political rights will be taken away," he said.

"We express our fury and our strongest condemnation."

She was one of a group of Democratic legislators who accused the government of destroying the constitutionally protected right to free speech.

Though Hong Kong democrats or self-determination activists do not themselves campaign for independence, many including Chu have defended others' rights to express their support or freely discuss the subject.

Chu earlier told an election official that "the peaceful proposition for Hong Kong independence" was "a right of the Hong Kong people as protected by the Basic Law", referring to the city's mini-constitution.

The official said in a letter to Chu late Sunday that his views "could be understood as implicitly confirming that he supports that independence could be an option for Hong Kong people."

Chinese President Xi Jinping warned on a high-profile visit to the semi-autonomous city last year that any threat to China's sovereignty is "absolutely impermissible". Authorities have since turned the screws on pro-independence advocates.

The Hong Kong government said Sunday it supports the decision not to let Chu run and that it was not a case of political censorship.

Democracy lawmakers also warned Monday that Hong Kong's special economic status and participation in global trade as a "separate customs territory" could be undermined as the city's autonomy comes under "severe attacks".