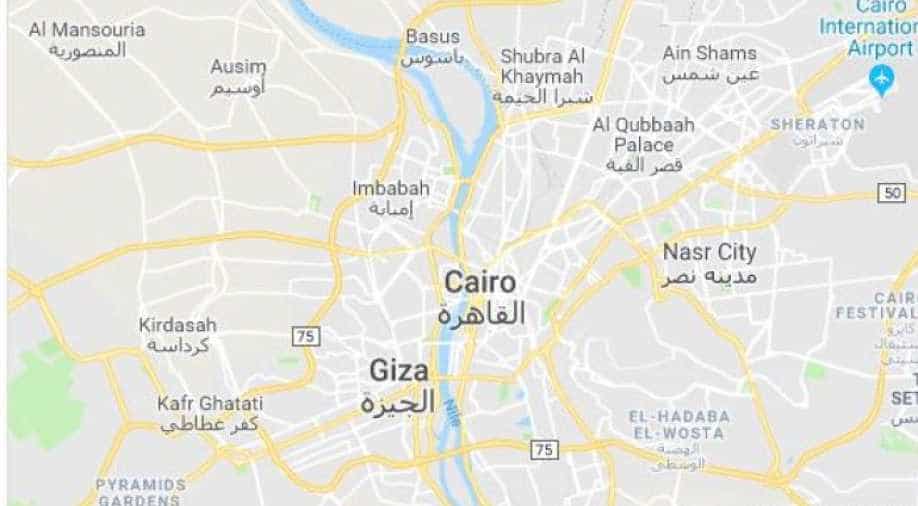 The gunman tried to storm the building when police shot him dead, the officials said. Image via Google Maps. Photograph:( Others )

A Coptic church south of Cairo was attacked by a gunman who opened fire and wounded nearly five security guards on Friday.

The shooting began at around 10.30 am and carried out for nearly 15 minutes.

The gunman was shot dead by the policemen.

At least 10 people were killed, including the attacker, confirmed Egypt's Health Ministry.

"A picture of the alleged gunman's corpse published on the official Al-Ahram newspaper`s website showed a bearded man wearing a bulky ammunition vest sprawled on a street," noted AFP.

According to a Reuters report, "the attacker had first fired at a shop 4 km (3 miles) away, killing two people, before proceeding to the Mar Mina church in the southern suburb of Helwan, where he opened fire and tried to throw an explosive device."

The Islamic State had previously claimed responsibility for multiple bombings and shootings over the past year.

IS's affiliate in the country carried out multiple attacks in 2017, killing dozens of Christians.

An investigation has been launched into the incident.