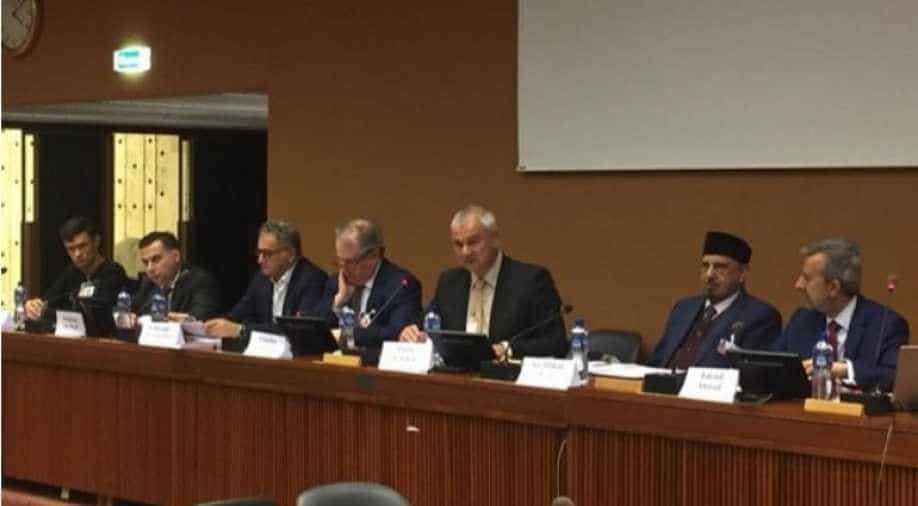 In 1974, Pakistan's Constitution was amended and the Ahmadis, a minority community, were declared non-Muslims according to the new law.

The members of the Ahmadiyya Muslim community from Pakistan have alleged persecution and demanded justice during a side event organized on the margins the 42nd session of the UN Human Rights Council in Geneva.

In 1974, Pakistan's Constitution was amended and the Ahmadis, a minority community, were declared non-Muslims according to the new law.

In 1984, under the rule of former President General Muhammad Zia-ul-Haq, the Pakistani government enacted ordinance and made it a criminal offence, punishable by three years imprisonment and a fine, for the Ahmadis to call themselves as Muslims, refer to their faith as Islam, call their place of worship a 'Mosque' and make the call for prayers (Azan).

He added, "Hundreds of Ahmadis have been killed in Pakistan. Thousands of our community members have been harassed. Tens of thousands are being charged under the laws. We do not have access to a proper education system. We have also been denied the fundamental right to vote in Pakistan."

Many of the Ahmadis are being falsely targeted under the country's blasphemy law, the activist alleged.

Meanwhile, Sir Iftikhar Ahmad Ayaz, a member of the Ahmadiyya Muslim Community said that the Pakistani Constitution promises equal rights for every citizen, but "members of our community are facing persecution".

He said, "The whole world knows what is happening to the Ahmadis in Pakistan in relation to their civic and economic rights, education. They are being deprived of everything. And, yet Article 20 of its Constitution states that everyone will be granted freedom of religion. In Pakistan, our community is not even allowed to possess our holy scriptures as well as the Quran."

The event, which was attended by members of the European Parliament and the former European politicians, was organized in order to raise the voices of the Ahmadiyya community that has faced suppression and decades of severe state-sponsored persecution.

Hundreds of Ahmadi Muslims have been murdered in recent years, with many facing a relentless tide of vilification, harassment, and violence.

The situation has been described by some observers as equivalent to genocide in Pakistan.