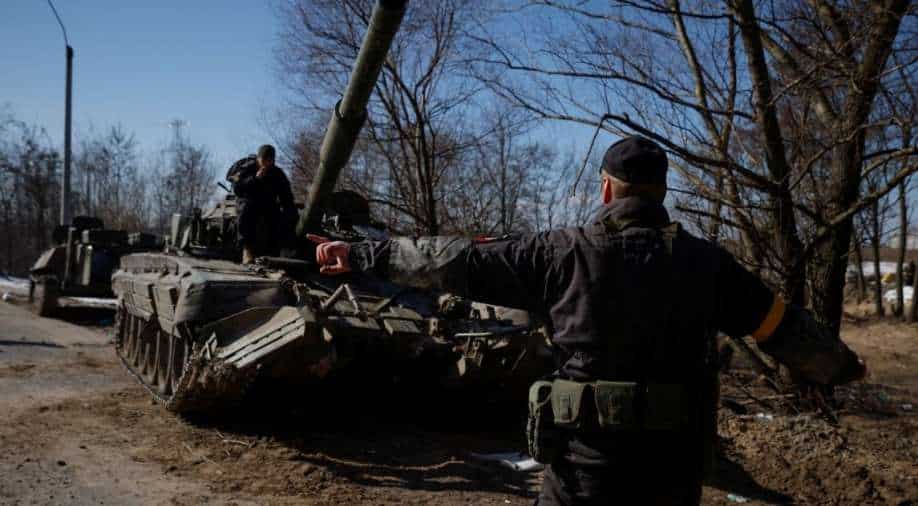 Amid the chaos, both facts and fake news about the Russian invasion of Ukraine are circulating on social media platforms with a number of people consuming the information and also sharing it

The Russia-Ukraine conflict continues to escalate with reports of deaths and massive destruction coming in almost every day since Russian President Vladimir Putin ordered "military operations" in Ukrainian cities on February 24.

Amid the chaos, both facts and fake news about the Russian invasion of Ukraine are circulating on social media platforms with a number of people consuming the information and also sharing it.

It is slightly difficult, but the world needs to differentiate between truth and propaganda. Here are a few incidents:

The video appeared to show Zelensky speaking from the presidential lectern and urging his countrymen to down their weapons in the face of Russian invaders.

However, the users flagged the discrepancies between the skin tone on Zelensky's neck and face, the odd accent in the 68-second deepfake clip and the pixelation around his head.

Later, a Facebook official said the company was removing the footage from its platform.

On Thursday (March 17), British defence minister Ben Wallace ordered an inquiry as he claimed that he received a call from the Ukrainian prime minister.

The apparent video call was set up after an email was sent to a government department, purportedly from an aide at the Ukrainian embassy, which was then passed on to the Ministry of Defence.

"Today an attempt was made by an imposter claiming to be Ukrainian PM to speak with me. He posed several misleading questions and after becoming suspicious I terminated the call. No amount of Russian disinformation, distortion and dirty tricks can distract from Russia’s human rights abuses and illegal invasion of Ukraine. A desperate attempt," Wallace said on Twitter.

IN PICS | Ukraine to get US Stingers, Javelin, anti-armour systems; is it a gamechanger?

Just like Wallace, UK's Home Secretary Priti Patel said she had also been targeted. "This also happened to me earlier this week," the interior minister wrote on Twitter.

"Pathetic attempt at such difficult times to divide us. We stand with Ukraine," she added.

The report published in Russia's Pravda newspaper identified the Americans by name and gave military ranks for each of them, citing information from pro-Russian militia in Ukraine's Donetsk.

The report even offered an intricate explanation for how the three were identified, using items from a backpack "near the remains of one of the militants" - including a Tennessee state flag.

"The Tennessee Guard is aware of the fake news coming out of Russia," said Tracy O'Grady, a spokesperson for the larger US National Guard.

The Tennessee Guard said in a statement: "They are accounted for, safe and not, as the article headline erroneously states, U.S. mercenaries killed in Donetsk People's Republic."