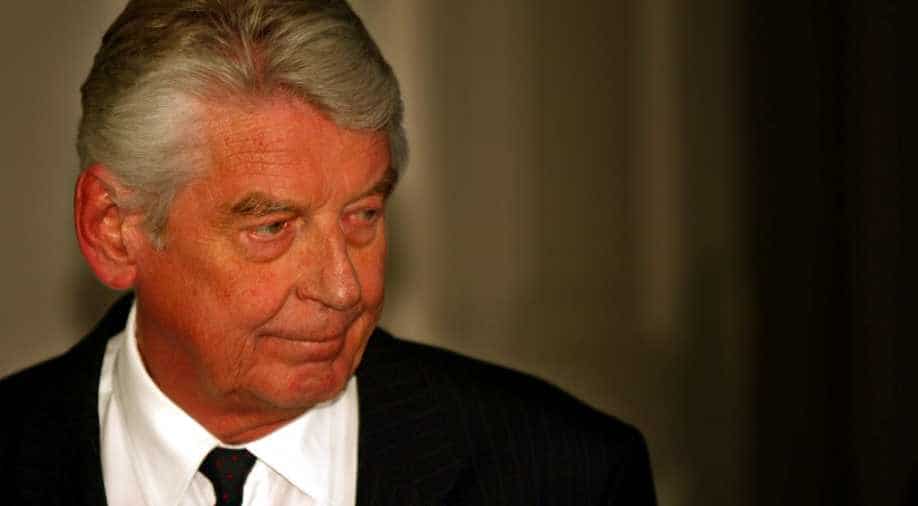 Internationally, Kok was strongly pro-European, helping to seal European economic and monetary union at the Amsterdam summit in 1997.

Kok, who was 80, led two centrist coalitions between 1994 and 2002, overseeing a period of recovery and then of strong economic growth.

Kok, a labour union leader earlier in his career, was one architect of the country's famed "polder", or consensus model, in which unions agreed to pay restraint in exchange for more jobs, while employers and the government guaranteed support and retraining after layoffs.

As prime minister he reined in spending on healthcare, pensions, education and child benefits, using the savings to promote employment.

In a world first, euthanasia was legalised in the Netherlands in 2002, formalising decades of practice.

Though Denmark had first legalised gay partnerships in the 1980s, the Netherlands followed in 1998 and became the first to erase any distinction between same-sex and other marriages in 2001.

"Shaking off ideological feathers is not a problem only. For a political party like ours, it's also a liberating experience," Kok said of steering Labour toward the political centre.

Prime Minister Mark Rutte praised Kok as someone who "stood above political parties."

Kok was "totally reliable, totally upright, and always focused on solutions," Rutte said in a statement.

Internationally, Kok was strongly pro-European, helping to seal European economic and monetary union at the Amsterdam summit in 1997.

His political career ended in two dramas. Shortly before pivotal 2002 elections, his entire cabinet resigned over the role the Dutch military played as U.N. peacekeepers in Bosnia.

A study by the Netherlands Institute for War, Holocaust and Genocide Studies found Kok's first cabinet blundered badly by sending Dutch troops to defend Srebrenica, a U.N.-declared safe zone, during the Bosnia War.

Outmanned and outgunned, the Dutch battalion did not fight to defend the enclave when battle-hardened Bosnian Serb forces stormed it in 1995. The Dutch looked on helplessly and even helped separate women from men and boys as the Bosnian Serbs prepared to slaughter 8,000 Muslim civilians in the worst mass murder in Europe since World War Two.

Kok said in a recent interview the failure would haunt him forever. "That book will never be closed," he said. "For many people and for some that goes more intensely than for me. But it also weighs on me."

After Kok's resignation in April 2002, as his caretaker government prepared for elections, the Netherlands suffered its first political assassination of the post-World War Two era.

Pim Fortuyn, the first of a new generation of Dutch populists, had declared the Kok years a "disaster" due to the country's liberal immigration policies. Fortuyn was gunned down by an animal rights activist.

That ushered in an era of political instability and a debate on immigrants, integration, and Islam that dominated Dutch politics for the following decade, and continues to the present day.

After leaving office, Kok served on the boards of Royal Dutch Shell and ING, among others, and lobbied unsuccessfully for a European Constitution.

He is survived by his wife, Rita, and three children.