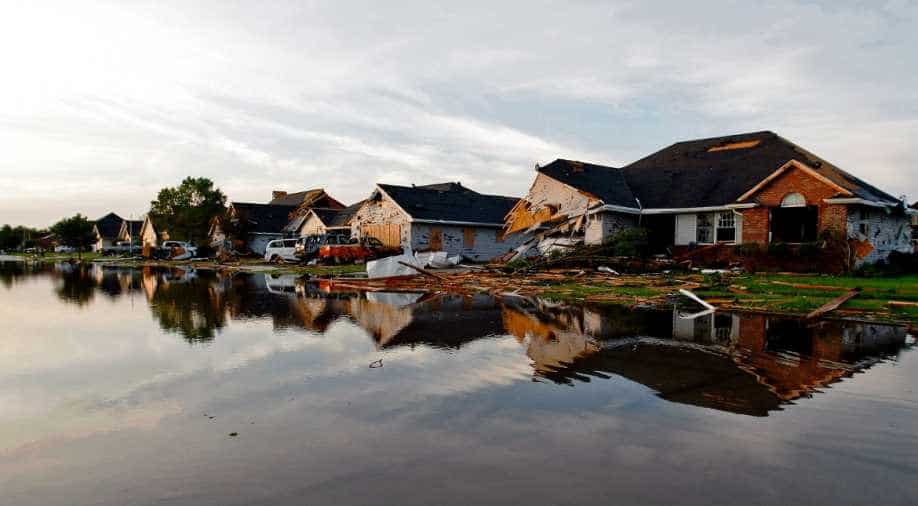 At least six counties have extensive structural damage and about 66,000 people are without power. Representative image. Photograph:( Getty )

Follow Us
Flooding in the US state of West Virginia killed 23 people and stranded others who had to be plucked from rooftops and rescued from fast-moving waters, state officials said on Friday.

"The damage is widespread and devastating. Our focus remains on search and rescue," governor Earl Ray Tomblin told a news conference after floods caused by a day of heavy rains.

"I had planned to fly around the affected areas myself today but wasn't able to, because all state aircrafts are currently being used for rescues," he said.

Tomblin gave a death toll of 14 from the disaster, but later on Friday Jessica Tice, with the state's Homeland Security and Emergency Management office, told AFP that the toll had reached 23.

The dead included an eight-year-old boy who was swept away while walking along a creek bank with his mother and sister, local news station WSAZ reported. His body was found after three hours of searching.

At least six counties have extensive structural damage and about 66,000 people were without power, the governor said.

US senator Shelley Moore Capito said that she had been in touch with the White House about getting a disaster designation for the affected areas.

"We're pushing for the federal declaration -- I can't imagine that we won't get it," she told CNN.

"We had a call today with FEMA (the Federal Emergency Management Agency). They're moving some of their assets in over the weekend," she said.

About 200 National Guard members had fanned out in eight counties to assist local responders and 17 shelters were open for those whose homes were damaged or destroyed.

About 500 people were stranded overnight inside a shopping mall in Elkview, near the capital Charleston, after a bridge leading to the main road was washed away, ABC News reported.

News station WCHS/WVAH posted a video on its Instagram account showing a house in flames being carried away by muddy floodwaters in the small city of White Sulphur Springs.

A Twitter account for news and events in the town of Spencer, West Virginia, posted dramatic images under its handle @Spencer_Daily.

One series of photos showed a man in chest-high water using a rock to smash the windows of a vehicle whose occupants were trapped inside.

Another set of photos showed a woman who had caught a giant trout with her hands while standing on a two-lane road amid stopped traffic.