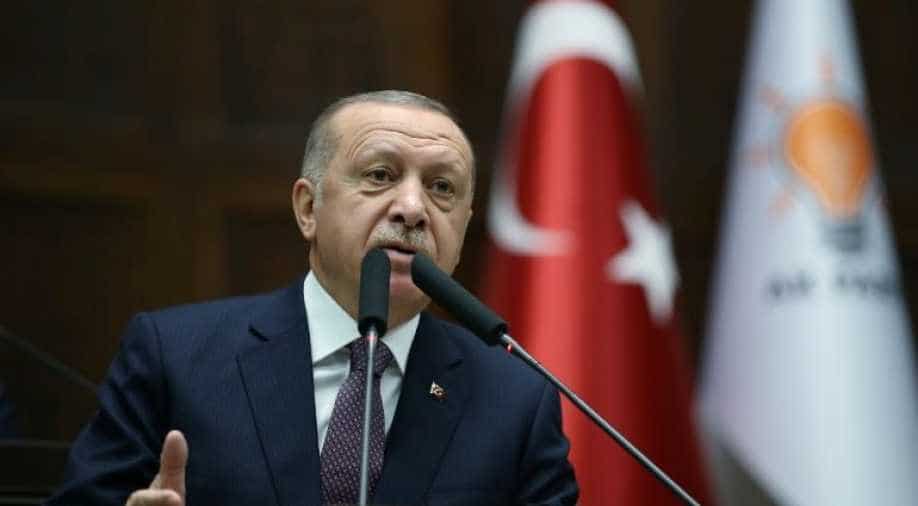 The four-party video conference came after Turkey decided last month to re-open its border for refugees trying to reach Europe.

Turkish President Recep Tayyip Erdogan on Tuesday discussed the migrant crisis and the situation in Syria's rebel enclave of Idlib, with the leaders of France, Germany and Britain.

The move sparked tensions with Brussels, and with neighbouring Greece when thousands of migrants massed on the Turkish-Greek border.

"Humanitarian assistance for Idlib, and the refugee issue" were on the agenda according to the Turkish presidency, along with other issues such as fighting in Libya.

Erdogan's decision to open the gates for refugees heading to Europe came after more than 50 Turkish troops were killed by Syrian regime fire in the northwestern province of Idlib in February.

Turkey is home to four million refugees mostly Syrians and is demanding more assistance from the European Union amid fears of another influx from Idlib, where the Syrian regime has launched an offensive backed by Russian airpower.

Ankara hopes for progress on a new migrant deal with Brussels by the next scheduled EU summit on March 26.

Macron's office said there was a convergence of views on the situation in Idlib and the need to step up humanitarian aid to civilians, during the conference that lasted about an hour.

But on the migrant issue, NATO and EU relations, "a number of clarifications have been requested by Europeans from Erdogan in order to achieve clearer and peaceful relations," the Elysee said.

Because of the growing spread of COVID-19, the meeting was held via video conference rather than in person in Istanbul.