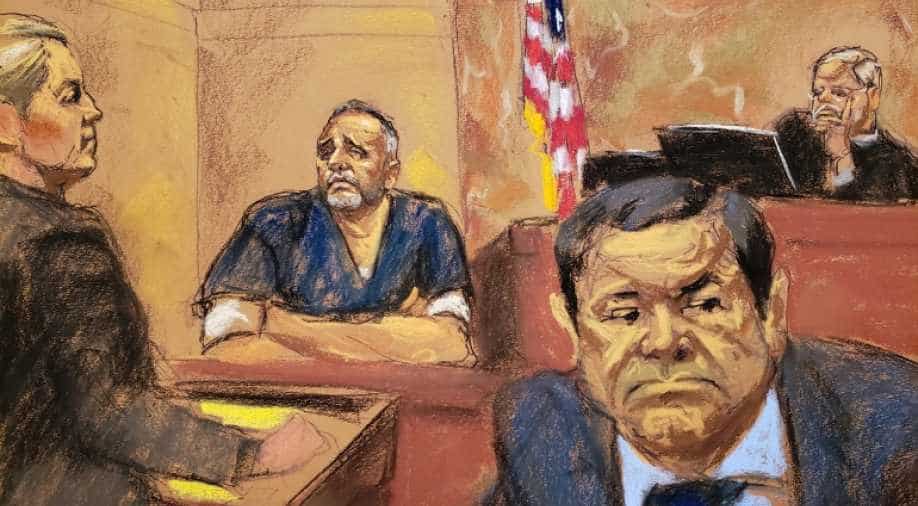 The allegations are among the most explosive to emerge from Guzman`s trial, which began in November and has so far featured the testimony of lower-level corruption.

Alex Cifuentes, who has described himself as Guzman`s onetime right-hand man, discussed the alleged bribe under cross-examination by Jeffrey Lichtman, one of Guzman's lawyers, in Brooklyn federal court. Asked if he told authorities in 2016 that Guzman arranged the bribe, he answered, "That's right."

Reuters could not immediately reach Pena Nieto or his former spokesman for comment. He has previously denied taking bribes.

The allegations are among the most explosive to emerge from Guzman`s trial, which began in November and has so far featured the testimony of lower-level corruption.

Guzman, 61, was extradited to the United States in 2017 to face charges of trafficking cocaine, heroin and other drugs into the country as leader of the Sinaloa Cartel.

Cifuentes also said testified that Guzman once told him he had received a message from Pena Nieto saying he did not have to live in hiding anymore.

Lichtman had promised jurors in his opening statement last November they would hear how Mexican drug kingpin Ismael "El Mayo" Zambada bribed Pena Nieto and another former president as part of a scheme to frame Guzman. He said Zambada was the real boss of the cartel.

Pena Nieto at the time called the claim "completely false and defamatory."
US District Judge Brian Cogan, however, refused to allow Guzman`s lawyers to question Zambada`s brother about the alleged bribes last year.

It was unclear how Cifuentes` testimony, which appeared to implicate Guzman, could be used to defend him, though Lichtman homed in on inconsistencies in Cifuentes` memory. Cifuentes admitted that at a meeting last year, he told prosecutors he was no longer sure of the exact amounts of the bribes but did not elaborate.

Pena Nieto was president of Mexico from December 2012 until November 2018. He was once a rising star in Mexico’s long-dominant Institutional Revolutionary Party or PRI. He was the former governor of the state of Mexico, the country’s most populous, and married a glamorous telenovela actress just a couple years before winning the presidency.

But the president ended his term a much-diminished figure, pummeled by conflict-of-interest scandals, rampant crime and a lacklustre economy.

While Pena Nieto himself was barred by law from running for a second term in 2018, his centrist party suffered a historic defeat at the polls as leftist President Andres Manuel Lopez Obrador won in a landslide, relegating the PRI to the role of a marginal player in the new Congress.

Captured by Pena Nieto`s government in February 2014, Guzman broke out of prison for a second time some 17 months later, escaping through a mile-long tunnel dug right into in his cell.

The jailbreak humiliated the government and battered the president`s already damaged credibility, though Pena Nieto personally announced news of the kingpin`s third capture when he was again arrested in northwestern Mexico in January 2016.

Colombian-born Cifuentes is one of about a dozen witnesses who have so far testified against Guzman after striking deals with US prosecutors, in a trial that has provided a window into the secretive world of the Sinaloa Cartel, one of the world`s most powerful drug trafficking organization.

Cifuentes earlier on Tuesday had also testified that Guzman asked an associate to pay a $10 million bribe to a general. The witness said the bribe was never paid and Guzman subsequently ordered the associate killed, though the hit was never carried out.