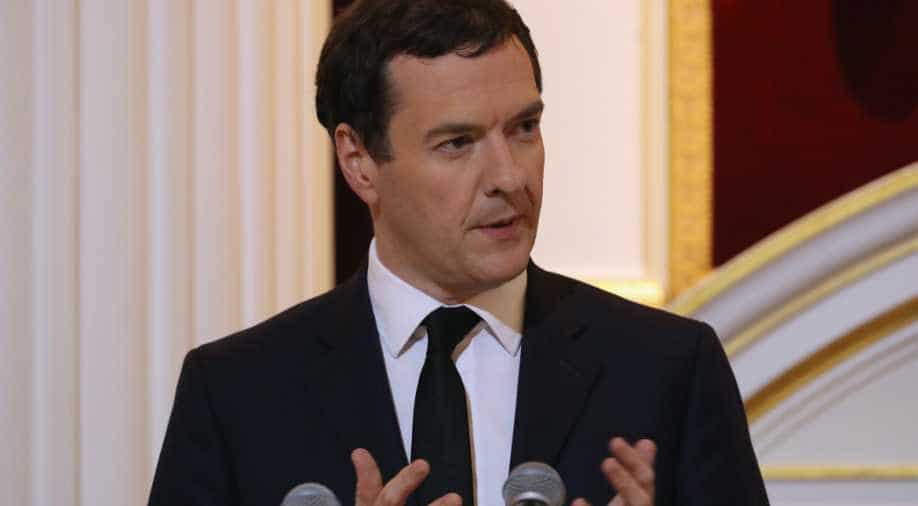 George Osborne's future as finance minister has come under question after he was on the losing side in the referendum Photograph:( Getty )

Follow Us
Britain's vote to leave the European Union may lead to further volatility in financial markets, finance minister George Osborne said on Monday, but 'world's fifth-biggest economy would cope with the challenge ahead', he asserted.

Osborne, who was speaking publicly for the first time since Britain voted to leave the bloc on Thursday, said the government had put in place robust contingency plans and there was more action that it and the Bank of England could take.

"Our economy is about as strong as it could be to confront the challenge our country now faces," he told a news conference at Britain's finance ministry.


Osborne to clarify his political future in coming days
Osborne's future as finance minister has come under question after he was on the losing side in the referendum. During the campaign, he said he would have to raise taxes and cut spending in the event of a vote to leave the EU.

On Monday, however, he said the government should wait until the successor to Prime Minister David Cameron is in place before deciding on how to change its fiscal plans in response to the expected slowdown in the economy.

Cameron said on Friday he would stand down but would stay in the job until his successor was in place in October.

"There will be an adjustment in our economy because of the decision that the British people have taken," Osborne said.

"There will have to be action to deal with the impact on the public finances, but of course it's perfectly sensible to wait until we have a new prime minister to determine what that will look like," he said.

Sterling, which fell more than 8 percent against the US dollar on Friday, trimmed some of its losses on Monday as Osborne spoke.

Further, Osborne, who was once the favourite to succeed Cameron, said he would clarify his political future in the coming days.