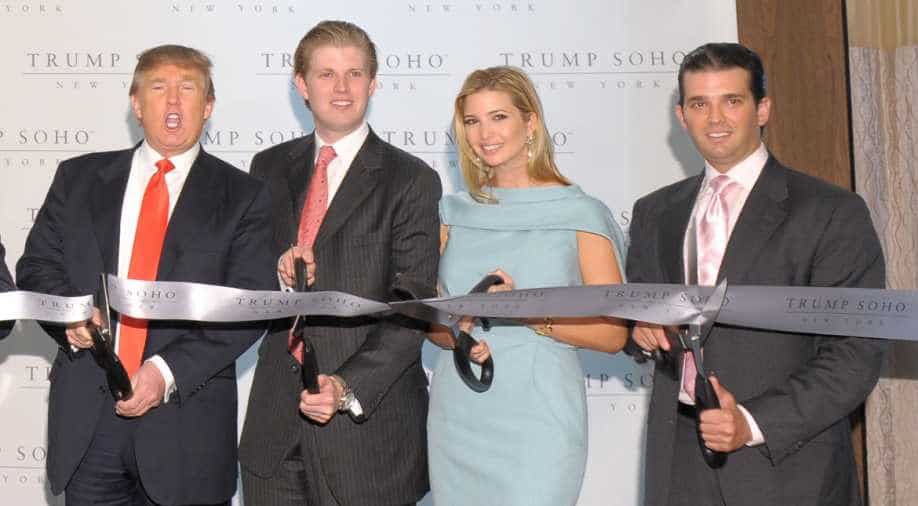 But, Rudy Giuliani, a top Trump advisor, dismissed the concern, adding that Trump would not make any decisions to solely benefit his business while in office. Photograph:( Getty )

US President-elect Donald Trump is looking to get top security clearances for his children, CBS News reported.

The Trump team has asked the White House whether it was possible for his three children -- Ivanka, Eric and Donald Jr and his son-in-law, Jared Kushner -- to get top secret security clearances, reported CBS News.

All four family members are on his transition team. Trump’s children have said that they will not hold formal roles in the government, according to CBS News. But, they will run his network of businesses.

The security clearance would designate them as Trump’s national security advisors. Nepotism rules prevent Trump from hiring his family members to work in the White House. Critics argue that this could bring up possible conflicts of interest in the upcoming Trump administration.

“This is why we created the nepotism law in the first place. Huge conflicts of interest. You can’t have your kids being advisers. It has to be properly qualified officials who are experts in the fields,” Bradley Moss, a lawyer specialising in security-clearance law, told The Daily Beast.

But Rudy Giuliani, a top Trump advisor, dismissed the concern, claiming that Trump would not make any decisions to solely benefit his business while in office.

"There's no perfect way to do this. You have to have some confidence in the integrity of the president. I don't think there's any real fear or suspicion that he's seeking to enrich himself by being president,” Giuliani said on CNN's "State of the Union".

He also added that Trump’s children would stop advising him once he officially becomes president.

"Once he gets into government, they will not be advising him. There will have to be a wall between them with regard to government matters."

During the election period Trump refused to make public his tax returns, documents that could possibly outline where his business interests may conflict with his new role as president. He was the first presidential nominee in over 40 years to refrain from publishing his tax returns.