Despite tensions, US invites China to participate in world's largest international naval exercise 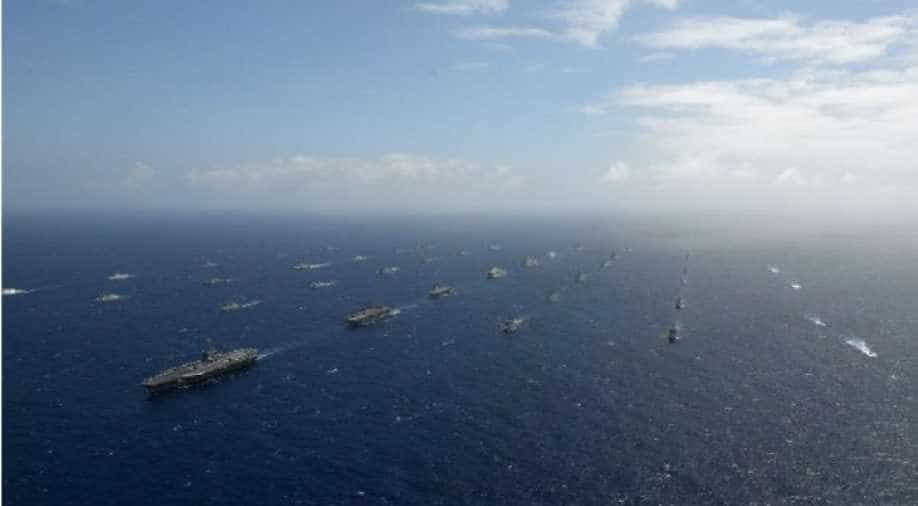 China has been invited to participate in a major US-led naval exercise, Chinese officials said Thursday, despite tensions between Beijing and Washington over activity in the disputed South China Sea.

The Chinese military took part in the RIMPAC drill, billed as the world's largest international naval exercise, for the first time in 2014 and again in 2016.

"We have received the American invitation," Chinese defence ministry spokesman Wu Qian told reporters. A Chinese delegation has been sent to the US to discuss logistics, he added.

RIMPAC, which stands for Rim of the Pacific Exercise, is held off Hawaii every other year in June and July.

The invitation comes as tensions remain high between the two world powers over Beijing's territorial claims in the South China Sea.

China claims most of the waterway -- believed to hold vast oil and gas deposits and through which $5 trillion in trade passes annually -- and has built up islands and military installations in the sea.

Vietnam, Taiwan, the Philippines, Malaysia and Brunei also have claims in the sea.

Last weekend Beijing said it had dispatched a warship to drive away a US missile destroyer which had "violated" its sovereignty by sailing close to a shoal in the sea.

American military officials also said Thursday that a US aircraft carrier will port in Vietnam in March, a first for the allies and former foes.

"Freedom of navigation and access in the South China Sea will be critical to (Vietnam) economically, of course, and their security efforts," US Defense Secretary Jim Mattis told reporters en route to Vietnam from Indonesia on Wednesday.