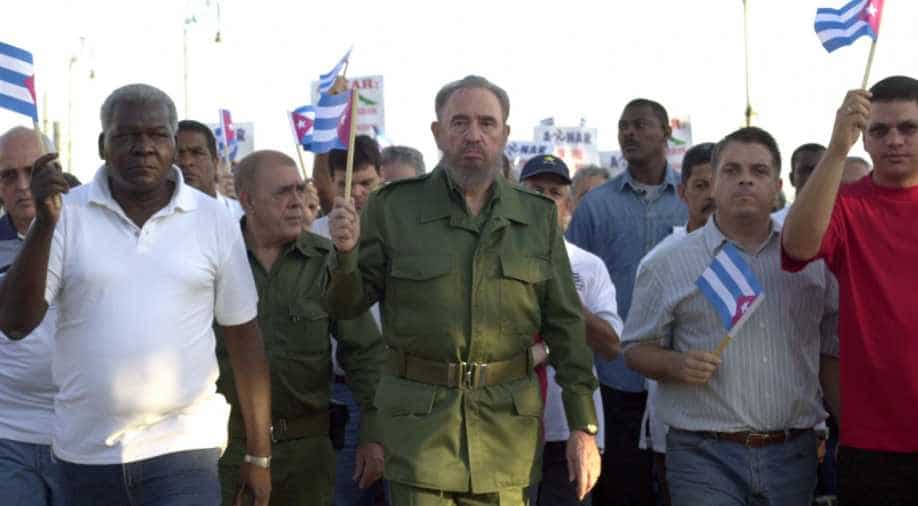 The group, originally formed in support of husbands jailed for political opposition, has called protest marches in Havana following Mass at a Roman Catholic Church each Sunday for the past 13 years. Photograph:( Getty )

Cuban dissident group Ladies in White has called off its weekly protest march for the first time in 13 years on Sunday after its rival Fidel Castro died on Friday.

"We're not going to march today so that the government does not take it as a provocation and so that they can pay their tributes," the group's leader, Berta Soler, said on Sunday, reported mews agency AFP. "We respect the mourning of others and will not celebrate the death of any human being."

The Cuban government has declared a nine-day period of mourning and suspended alcohol sales and even baseball games for the revolutionary leader who built a communist state on the doorstep of the United States. Castro died at the age of 90.

The dissident group has called for marches on every Sunday in Havana following Mass at a Roman Catholic Church for the past thirteen years. It was formed in support of husbands jailed for political opposition, AFP said.

Although the police have been clamping down on them in the past several months, the Communist government has largely tolerated their expression of dissent.

Havana has been calm since Castro's death. Lysset Perez, a 44-year-old peanut vendor, was dressed in the national colors with a single-starred, blue, red and white flag on her head on Sunday.

"It's calm but a little dark because Cuba is music and for nine days of mourning there will be no music," Perez said, reported AFP. "There is calm and sadness. If it weren't for Fidel and the revolution, the people wouldn't be as they are: educated and cultured."

Castro has been sick since an intestinal illness in 2006. In 2008, he gave up his power to younger brother Raul.

Castro's death has been met with a mixture of tributes and condemnation.

US President Barack Obama, who reversed more than five decades of U.S. hostility toward Cuba and re-established diplomatic ties last year, called Castro a "singular figure" and said the United States would extend "a hand of friendship" to Cuba, reported AFP.

But Obama's elected successor, Donald Trump called Castro "a brutal dictator who oppressed his own people for nearly six decades."