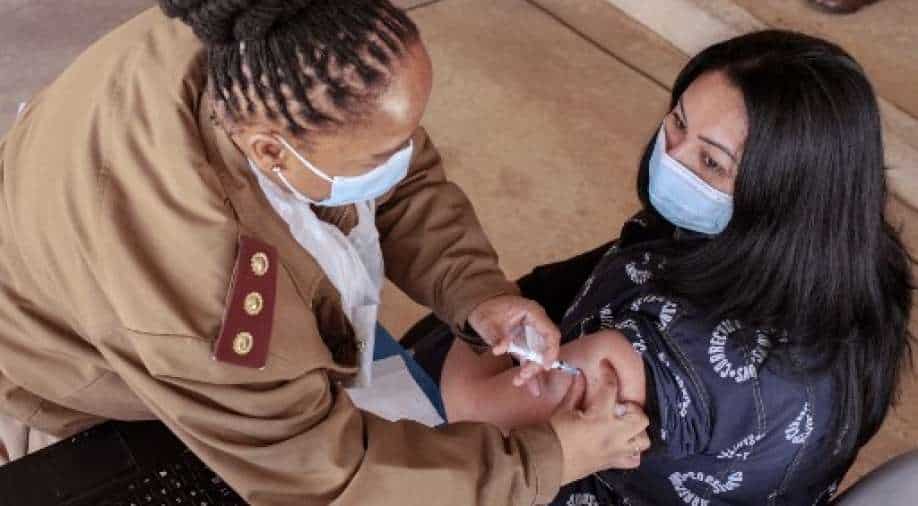 A person receives a vaccine dose at a correctional centre in Johannesburg Photograph:( AFP )

According to the WHO, only 10 per cent of the African population is fully vaccinated

Cases of COVID-19 have plummeted in Africa and deaths are declining for the first time since the Omicron-dominated fourth wave of the virus reached its peak, the UN said Thursday.

Describing the 56-day flareup as Africa's "shortest upsurge yet," the World Health Organization's African regional office said newly reported cases fell by 20 per cent in the week to Sunday, while notified deaths dropped by eight per cent.

In a statement issued after a weekly press briefing, the office also said South Africa, where the Omicron variant was first detected, had seen cases trending downward over the past four weeks.

Only North Africa reported an increase in cases last week, "with a 55 per cent spike", it said.

Matshidiso Moeti, the WHO's regional director for Africa, warned however: "The continent has yet to turn the tables on this pandemic. So long as the virus continues to circulate, further pandemic waves are inevitable."

She said the world's poorest continent should "not only broaden vaccinations, but also gain increased and equitable access to critical Covid-19 therapeutics to save lives and effectively combat this pandemic.”

Only 10 per cent of the African population are fully vaccinated, according to the WHO.

The continent, with a population of 1.2 billion, has been relatively unscathed by the pandemic, reporting 234,913 deaths from 10.5 million cases, according to AFP tallies.