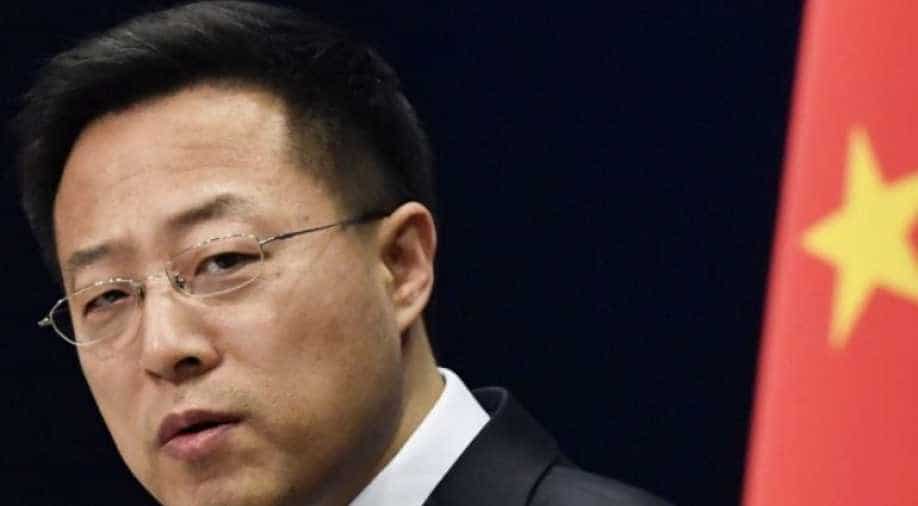 Zhao Lijian, a young foreign affairs spokesperson is the quintessential 'wolf warrior' with over 600,000 followers on Twitter who knows how to exploit his audience

Diplomats in China have been ensuring that the country's will is enforced across the world. They are spreading hoaxes and attacking anybody who questions them.

The diplomats belong to a new generation of "wolf warriors", named after patriotic blockbuster films in China which show Chinese commandos killing the bad guys with their bare hands. In reality, however, Chinese diplomats are anything but diplomatic.

Zhao Lijian, a young foreign affairs spokesperson is the quintessential "wolf warrior" with over 600,000 followers on Twitter who knows how to exploit his audience.

Lijian tweets consistently and in fact peddles lies relentlessly and even backtracks repeatedly. He even blocks people when confronted. Chinese diplomats across the world have been following in the footsteps of this "pioneer".

Another "wolf warrior", Zha Liyou is the Chinese consul-general in Kolkata. He is a lesser known face who recently made headlines for his outspoken comments when he called the coronavirus a "bad cold". However, after he was confronted, Liyou threatened to eradicate a Twitter user just like the coronavirus.

On bad days, however, Rong goes beyond the scope of diplomatic ambit and calls India's complaints "ridiculous" and "eye-ball catching nonsense".

And then there is Cheng Jingye, China's ambassador to Australia who likes to think of himself as an enforcer of the Dragon's will. He follows "boycott diplomacy". Cheng Jingye threatened Australia with an all-out boycott for demanding a probe into the coronavirus, from wine to beef, he wanted Chinese citizens to boycott everything Australian until the Australian government trembled and obeyed.

In the United Kingdom, China's "wolf warrior" is Ma Hui who is the number-3 at the Chinese embassy in London. Ironically, his twitter ID includes the word "warhorse". Ma Hui lives up to this self-given title. He once described US leaders as despicable and wanted all of China to fight back their so called stupidity.

A growing number of Chinese diplomats are increasingly taking to social media platforms and they fume at every question aimed at China's secrecy, they abuse everytime their country is accused of mismanagement. They also threaten everytime China's narrative is ripped apart.

It is China's new army of tough-talking diplomats, an army of "wolf warriors".