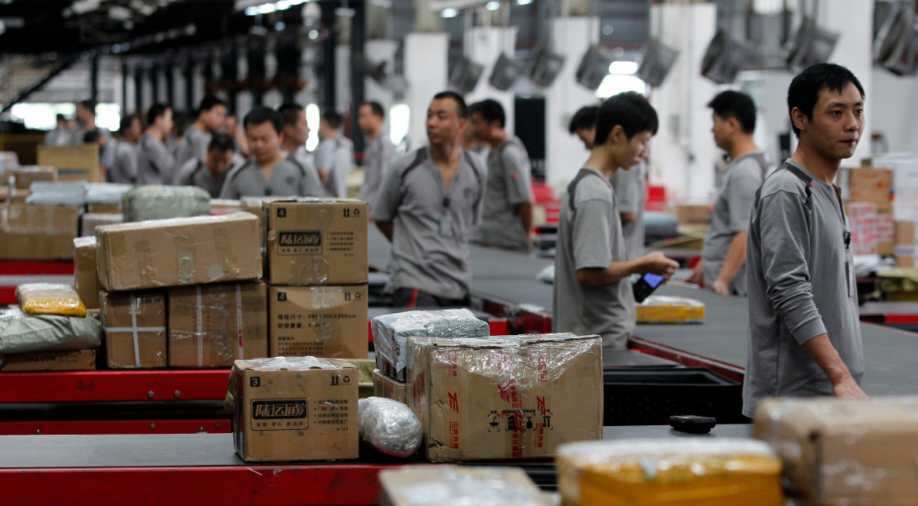 Reuters reported sales raced past $5 billion in the first hour.

Now in just 24 hours it surpasses the main US online spending spree, the five days from Thanksgiving to Cyber Monday.

Total gross merchandise volume, Alibaba's key measure of online sales, had surpassed the 2014 total of 57.1 billion yuan (now $8.4 billion) by 6.54am, the company said, putting it more than half way to reaching last year's figure.

In the US, desktop sales for the five days from Thanksgiving through Cyber Monday last year stood at $7.2 billion, according to Internet analytics firm comScore.

Alibaba's New York-listed stock has been buoyant this year in spite of worries over slowing growth in China, as consumer spending has expanded while the old industrial economy struggles due to overcapacity and sluggish demand.

China's economy expanded at its slowest in a quarter of a century last year and has eased further this year, as Beijing tries to shift growth drivers from investment and exports to domestic consumption.

Alibaba kicked off this year’s event with a gala in the southern city of Shenzhen on Thursday night, inviting international and domestic stars from basketball player Kobe Bryant to pop rock band OneRepublic.

Singer Katy Perry was also originally scheduled to perform but cancelled at the last minute due to a family emergency, she said on a verified account on China's Twitter-like weibo.

Analysts said the event, which has gained more and more traction in the past few years, is key to Alibaba.

The day's turnover was only "a very small fraction of its total annual sales", independent ecommerce analyst Li Chengdong said, but was "a confidence index for the firm".

"If they do well in this, it is a boost to investors' confidence,” he told AFP.

But sales growth may not match last year's 60 percent rise, he warned, in the face of economic worries and stricter regulation.

China’s commerce watchdog SAIC summoned Alibaba and 14 other ecommerce companies earlier this week, banning them from making up fake orders and lifting prices before giving out discounts.

Alibaba itself has sought to downplay the importance of the turnover statistic.

"I don't have any requirement for the sales figure," Alibaba quoted Chairman Jack Ma as saying in a statement on its verified weibo, adding the day was all about “happiness and joy”.

Online shopping is a bright spot in Beijing's efforts to transform the economy, growing 26.1 percent in the January to September period according to the National Bureau of Statistics.

That outstripped both overall retail growth of 10.4 percent in the period, and official GDP expansion of 6.7 percent in each of the first three quarters.