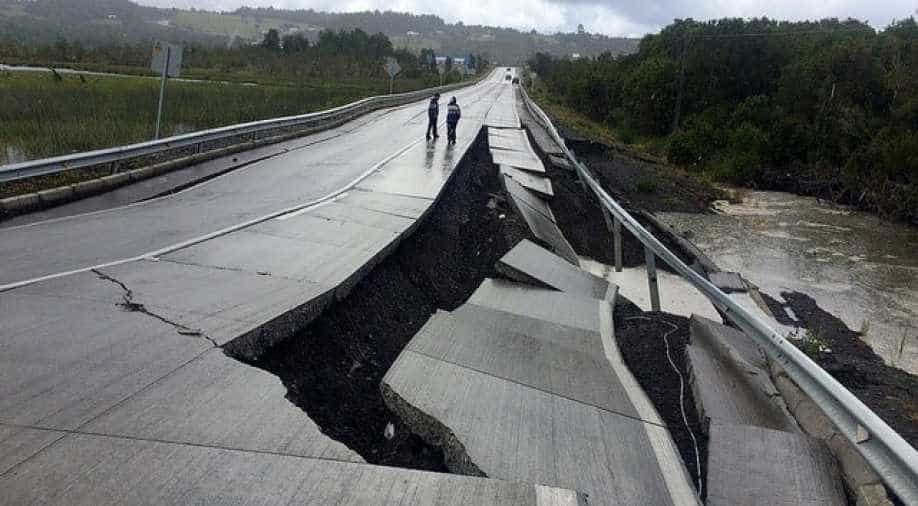 A damaged road is seen after a quake at Tarahuin, on Chiloe island in Chile. Photograph:( AFP )

The tsunami alert, however, was lifted about 90 minutes after the powerful quake shook the South American nation.

The quake's epicentre was the southern part of Chiloe island, in a zone of several national parks.

Images of cracked roads were tweeted by Chilean media.

There have been no reports of any damage or casualties.

The quake struck in the evening while most people were celebrating Christmas.

Thousands of people have been evacuated from the coastal areas after a tsunami alert was activated..

Chile is in a quake-prone region, lying on the so-called Pacific Ring of Fire of frequent seismic activity. As a result, buildings are usually built to resist swaying.

The last big quake to shake Chile was on September 16, 2015, when an 8.3 temblor followed by a tsunami hit the north of the country, killing 15 people. A coastal evacuation order had limited the number of casualties.

In 2010 another quake measuring 8.8, also followed by a tsunami, struck the center and south of the country, killing more than 500 people.