But what did Trump mean? 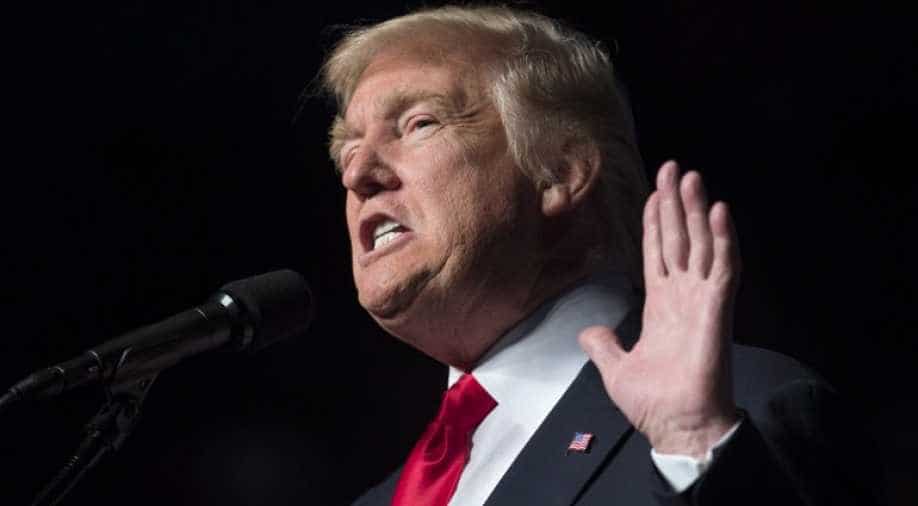 Observers wondered how much stock to put into Trump's words -- and even whether they may be part of a deliberate strategy to bring about a promised rapprochement with Russia. Photograph:( AFP )

President-elect Donald Trump indicated Friday he did not fear a new arms race and warned the United States would match any move by another country to boost its nuclear arsenal, in a spectacular new foray into foreign policy.

His stunning -- and initially unexplained -- use of language reminiscent of the Cold War rocked the Washington establishment two days before Christmas, and left Americans baffled by the seemingly mixed messages Trump is sending Russia.

Trump began upping the nuclear rhetoric with a bombshell tweet Thursday calling for America to "greatly strengthen and expand its nuclear capability until such time as the world comes to its senses regarding nukes."

Anti-proliferation campaigners and lawmakers were aghast at the sabre-rattling talk, though some observers wondered how much stock to put into Trump's words -- and even whether they may be part of a deliberate strategy to bring about a promised rapprochement with Russia.

Matters were not helped after his aides struggled to come up with a coherent take on what Trump meant, leaving Americans scrambling to make sense of the president-elect's tweet which, as has often been the case since his election, landed without context or detail.

His remarks came hours after President Vladimir Putin declared Russia needs to "strengthen the military potential of strategic nuclear forces," and a day after the president-elect met with Pentagon brass.

When asked for clarity, Sean Spicer, the incoming White House press secretary, said Trump would not tolerate other countries increasing their nuclear arsenal without responding.

"There's a few countries around the globe, Russia being one of them, China, others, that have talked about increasing their nuclear capabilities," Spicer told the MSNBC news network.

"The president-elect's point is unless these guys come to their senses and recognise that this is not a smart move, increasing the nuclear stockpile around the globe is not good for anybody, the US is not going to sit back and take it."

In a subsequent interview on CNN, Spicer warned: "If another country wants to threaten our sovereignty or our safety, he will act."

Early Friday, Trump was quoted telling MSNBC -- when asked in an off-air telephone call to clarify his nuclear policy tweet -- that his administration had no reservations about entering "an arms race."

"This morning he told me on the phone, 'Let it be an arms race. We'll outmatch them at every pass and outlast them all,'" network host Mika Brzezinksi said.

On Thursday, Trump spokesman Jason Miller had tried to nuance Trump's tweet and claimed he was actually "referring to the threat of nuclear proliferation and the critical need to prevent it -- particularly to and among terrorist organisations and unstable and rogue regimes."

The debate marks a jarring departure from the stance of President Barack Obama, who in a famous 2009 speech in Prague called for the elimination of nuclear weapons.

In 2010, Obama and Russia's then-president Dmitry Medvedev signed the so-called New START treaty that calls for a significant reduction in the nuclear arsenals of both countries.

Ties between Moscow and Washington hit their lowest point since the Cold War under Obama due to the Ukraine crisis and Russia's military intervention in Syria.

But on Friday, Putin said he found "nothing unusual" about Trump's call to boost America's nuclear capability.

"During his election campaign he spoke about the necessity of strengthening the nuclear component of the United States, to strengthen the armed forces," the Russian leader told his annual year-end press conference.

Even as the country reeled from his Twitter outburst, Trump sowed further confusion Friday by releasing a copy of what he called a "very nice letter" in which the Kremlin strongman offered him Christmas greetings and called for greater bilateral cooperation.

Trump has often said he admires Putin's leadership qualities and the US intelligence community concluded that Russia was responsible for cyber attacks ahead of November's election that sought to tip the balance in favour of the Republican.

Democratic Congressman Brad Sherman, a senior member of the House Foreign Affairs Committee, suggested something more was at play between Trump and Putin.

"One possibility is that this isn't all nonsense or even a mistake, but rather is part of a choreographed effort" between Putin and Trump, he said on MSNBC.

"One could imagine that they simply re-sign the START treaty, tell us, 'Look, we solved this nuclear problem or at least played it down, and now is the time to eliminate sanctions and make other concessions to Russia.'"

Trump's transition team did not immediately respond to a request for comment.

Moves by Trump to ratchet up nuclear capabilities may meet stiff opposition from Democratic lawmakers, though options for blocking him will be limited with Republican majorities in the House and the Senate.

"Congress must not allow the Tweeter in Chief to unleash a dangerous and costly nuclear arms race," Vermont Senator Bernie Sanders said in a tweet.