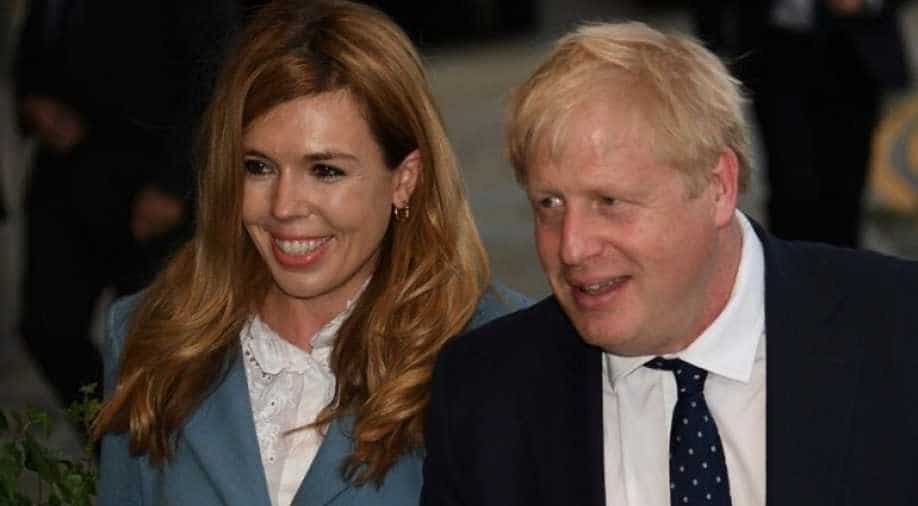 The British leader, who took office last summer and then swept to an emphatic victory in the country's December general election, will be the first UK prime minister to wed while in office for 250 years.

British Prime Minister Boris Johnson and his girlfriend Carrie Symonds announced on Saturday that they are expecting a baby and have got engaged.

"The Prime Minister and Miss Symonds are very pleased to announce their engagement and that they are expecting a baby in the early summer," a spokesperson for the couple told British media.

A Downing Street spokeswoman confirmed the news to AFP without providing further comment.

Symonds also shared the announcement — alongside an intimate photo of her and Johnson — on her Instagram account, which is set to private, according to Britain's Daily Mail.

"Many of you already know but for my friends that still don't, we got engaged at the end of last year... and we've got a baby hatching early summer," it said she posted.

Twice-married Johnson, 55 — who split from his wife of 26 years in 2018 — has been publicly dating 31-year-old Symonds since early last year.

The British leader, who took office last summer and then swept to an emphatic victory in the country's December general election, will be the first UK prime minister to wed while in office for 250 years.

He and Symonds have already made history as the first unmarried couple to occupy the prime minister's official residence.

Sajid Javid, who quit as finance minister earlier this month following a falling out with Johnson over staffing, was among the first to congratulate the couple on Twitter, calling it "wonderful news".

She was barely visible alongside Johnson during the general election campaign, choosing to canvas for ruling Conservative Party candidates separately.

An avid environmental campaigner, she previously worked on his re-election campaign as London mayor in 2012 before becoming the Tories' director of communications.

She has since worked for an ocean conservation charity.

Symonds briefly lived with Johnson in a south London flat last year before he took power.

During the Conservatives' leadership election in June, Symonds was thrown into the spotlight when neighbours called the police after they overheard her screaming at him during a late-night row.

Symonds yelled "get off me" and "get out" amid the sound of things being smashed, according to a recording made by one neighbour and given to The Guardian.

Police attended the scene but took no further action, and Johnson went on to win the contest to replace ex-premier Theresa May convincingly.

The last sitting prime minister and spouse to have a baby was David and Samantha Cameron, who welcomed Florence Rose Endellion into their family in 2010.

Johnson already has four children through his second marriage, to Marina Wheeler — his eldest daughter is just five years younger than Symonds.

He also has a daughter resulting from a 2009 fling.

During a court battle relating to that birth, it was alleged he had had another child out of wedlock, but it remains unclear and Johnson has refused to comment.

Earlier this month it was announced that he and Wheeler, a lawyer, had reached a financial agreement over their imminent divorce.