Britain PM contender Leadsom says she has greater stake in country because she is a mother, causes uproar 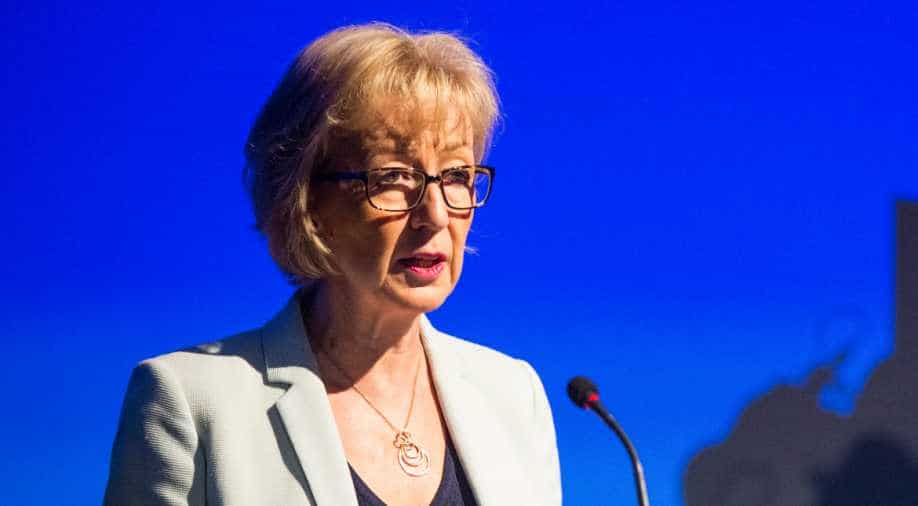 '...Being a mum means you have a very real stake in the future of our country... She possibly has nieces, nephews... But I have children who are going to have children who will directly be a part of what happens next,' said Leadsom. Photograph:( Getty )

Follow Us
London, United Kingdom:  Andrea Leadsom, one of two candidates to be the next British prime minister, has caused an uproar by suggesting that being a mother means she has a greater stake in the country's future than her childless rival Theresa May.

A little-known junior energy minister until she emerged as one of the most ardent voices in the campaign to leave the European Union, Leadsom is the outsider in the contest to succeed David Cameron as Conservative leader and prime minister.

Cameron, who had campaigned for Britain to stay in the bloc, announced he would quit after the June 23 referendum delivered a vote for Brexit. May, the interior minister who also advocated remaining in the EU, is the favourite to replace him.

"I am sure she will be really sad she doesn't have children so I don't want this to be 'Andrea has children, Theresa hasn't' because I think that would be really horrible," Leadsom told the Times newspaper, which has declared its support for May.

"But genuinely I feel being a mum means you have a very real stake in the future of our country, a tangible stake. She possibly has nieces, nephews, lots of people. But I have children who are going to have children who will directly be a part of what happens next."

Leadsom denounced the Times article on Twitter as "gutter journalism" and on Saturday made a televised statement outside her home to say she had made clear that the issue of her motherhood should not be a feature of the campaign.

"I want to be crystal clear that everyone has an equal stake in our society and in the future of our country," she said.

The Times stood by its story and released an audio recording of Leadsom making the comments, which was played on Saturday morning news bulletins on all the main radio and TV stations.

May made no comment on Leadsom's interview, merely tweeting: "Yesterday, I launched my clean campaign pledge and invite @AndreaLeadsom to join me in signing it."

That was a reference to five commitments May made on Friday, including to ensure that campaigning "stays within the acceptable limits of political debate".

May and Leadsom were selected by Conservative lawmakers from an original field of five candidates. May was backed by 199 lawmakers, while Leadsom received support from 84. The contest now moves to the party's 150,000 grassroots members, who will elect the winner by Sept. 9.

The comments made in the Times by Leadsom, a devout Christian who wants to swiftly launch the legal process of exiting the EU and end freedom of movement rights if elected, drew sharp criticism from several Conservative lawmakers.

"I am childless. I have nieces and nephews. I believe I - like everyone else - have a very real stake in our country," tweeted Ruth Davidson, leader of the party's Scottish arm, who had previously declared her support for May in the contest.

Leadsom's bid, which has enthused some of the more staunchly eurosceptic people on the right of the party, had already been marred by questions over whether she had overstated her professional experience in finance.

One of Leadsom's most vocal supporters, junior defence minister Penny Mordaunt, defended her comments on motherhood.

"She was talking about what motivates her personally," Mordaunt told BBC radio. "This is an attempt I think by a paper that has declared for the other candidate to smear Andrea."

In an interview with the Mail on Sunday newspaper last week, May had spoken of the sadness she and her husband Philip had experienced after being unable to have children.

"Of course we were both affected by it. You see friends who now have grown-up children, but you accept the hand that life deals you," she said.