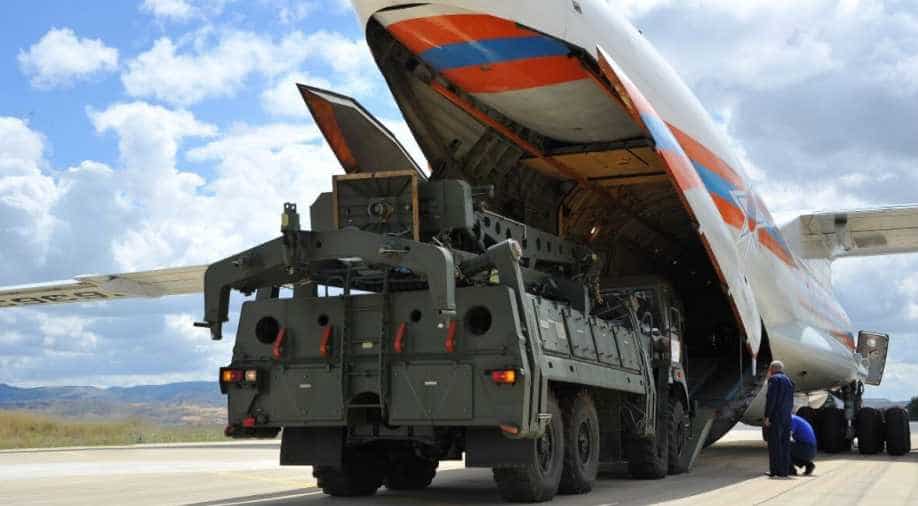 The United States, European Union and NATO supported Britain after May said it was "highly likely" that Russia was behind the poisoning of Sergei Skripal and his daughter with Novichok, a nerve agent developed by the Soviet military.

Russia, which denied any involvement, said it was not responding to May's ultimatum until it received samples of the nerve agent, effectively challenging Britain to show what sanctions it would impose against Russian interests.

"Moscow will not respond to London’s ultimatum until it receives samples of the chemical substance," Russia's embassy in London said. "Any threat to take punitive measures against Russia will meet with a response."

Britain could call on Western allies for a coordinated response, freeze the assets of Russian business leaders and officials, limit their access to London's financial centre, expel diplomats and even launch targeted cyber attacks.

It may also cut back participation in the soccer World Cup, which Russia is hosting in June and July.

Russia is due to hold a presidential election on Sunday in which Vladimir Putin, himself a former KGB spy, is expected to coast to a fourth term in the Kremlin. He was first installed as Kremlin chief by Boris Yeltsin on the last day of 1999.

US President Donald Trump told May by telephone that Russia "must provide unambiguous answers regarding how this chemical weapon, developed in Russia, came to be used in the United Kingdom," the White House said.

The White House said Trump and May "agreed on the need for consequences for those who use these heinous weapons in flagrant violation of international norms."

A British readout of the conversation said, "President Trump said the US was with the UK all the way."

May is expected to outline Britain's response in the British parliament on Wednesday after a meeting of Britain's National Security Council.

Skripal, 66, and his daughter Yulia, 33, were found slumped unconscious on a bench outside a shopping centre in the genteel southern English city of Salisbury on March 4. They have been in a critical condition in hospital ever since.

Scientists at Britain's military research laboratory at Porton Down identified the poison as a military-grade nerve agent from a group of chemicals known as Novichok, which was first developed in the Soviet Union in the 1970s and 1980s.

May said that either the Russian state had poisoned Skripal, a former officer with Russia's GRU military intelligence, or that Russia had somehow lost control of its chemical weapons. Putin said last year that it had destroyed its last stockpiles of such weapons.

A Russian chemist who helped develop the nerve agent said only the Russian government could have carried out the attack with such a deadly and advanced toxin.

Vil Mirzayanov, 83, said he had no doubt that Putin was responsible, given that Russia maintains tight control over its Novichok stockpile and that the agent is too complicated for a non-state actor to have weaponised.

“The Kremlin all the time, like all criminals, denying - it doesn’t mean anything,” Mirzayanov said in an interview in his home in Princeton, New Jersey, where he has lived in exile for more than 20 years.

Skripal betrayed dozens of Russian agents to British intelligence before being arrested in Moscow and later jailed in 2006. He was released under a spy swap deal in 2010 and took refuge in Britain.

Since emerging from the John le Carre world of high espionage and betrayal, Skripal lived modestly in Salisbury and kept out of the spotlight until he was found unconscious on Sunday.

A British policeman who was also affected by the nerve agent is now conscious in a serious but stable condition.

May said Russia had shown a pattern of aggression including the annexation of Crimea and the murder of former KGB agent Alexander Litvinenko, who died in 2006 after drinking green tea laced with radioactive polonium-210.

A public inquiry found the killing of Litvinenko had probably been approved by Putin and carried out by two Russians, one of them a former KGB bodyguard who became a member of the Russian parliament. Both denied responsibility, as did Moscow.

Counter-terrorism officers began investigating the death of another Russian in Britain on Tuesday, although police said it was not thought to be linked to the attack on the Skripals.

Nikolai Glushkov, 68, who was an associate of late tycoon Boris Berezovsky, was found dead on Monday. Berezovsky was found dead in March 2013 with a scarf tied around his neck in the bathroom of his luxury mansion west of London.

Berezovsky's death, which police and forensic experts concluded was suicide although a coroner said he could not rule out foul play, is one of 14 deaths in Britain linked to the Russian state in recent years, which interior minister Amber Rudd said authorities would look at again.