Brexit to cause 'significant' harm to Britain's health service 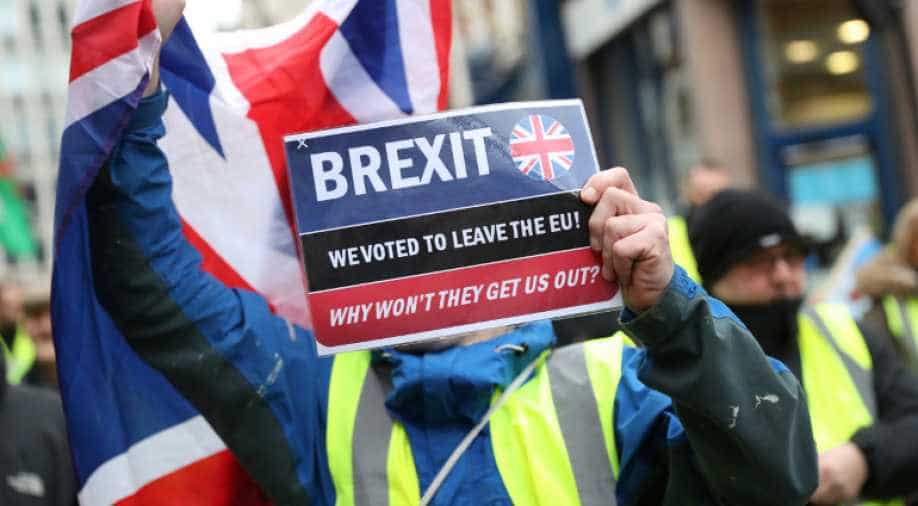 With little over a month remaining until Britain is due to leave the European Union, there are fears that crashing out of the bloc without an agreement could drastically affect the nation's health.

Brexit will inflict "significant harm" on Britain's National Health Service, experts warned on Tuesday, with a no-deal departure from the EU likely to provoke acute shortages of staff and medicines.

With little over a month remaining until Britain is due to leave the European Union, there are fears that crashing out of the bloc without an agreement could drastically affect the nation's health.

Prime Minister Theresa May is struggling to gain domestic backing for her Brexit deal, which would be a less drastic rupture.

Writing in the medical journal The Lancet, a team of medical and legal experts said that "all forms of Brexit are bad for health."

"However, by far the worst option would be a no-deal Brexit."

They highlighted a recently published 10-year plan for the NHS that mentions Brexit only twice and cautioned that an end to free movement could exacerbate the current staffing crisis.

Under a no-deal scenario, the government plans a minimum salary threshold of £30,000 ($39,000, 34,500 euros) per year for non-residents, and has not announced any exception for the European health workers the NHS is so heavily reliant upon.

"That would exclude many health workers," said Martin McKee, co-author of the study and a professor at the London School of Hygiene & Tropical Medicine.

"First of all, that immediately sends out a signal that you're not particularly welcome," he told AFP.

McKee said EU health workers would be far less likely to choose to work for the NHS even if they met that earning threshold, as their salaries would be worthless with a weaker pound, and their pensions not guaranteed.

The study examined the impact on the health service posed by four possible scenarios: no-deal, May's withdrawal agreement, the so-called Irish "backstop" to avoid a hard border on the island of Ireland, and the political declaration on a future EU-UK relationship.

It found that while all four scenarios would be less beneficial to the NHS than remaining in the EU, no-deal posed by far the largest threat.

The NHS was used by pro-Brexit campaigners in the run-up to the 2016 referendum, most infamously in the subsequently debunked promise that Britain would spend the £350 million it sends each week to Brussels on improving the health service.

McKee accused politicians of failing to grasp the health implications of leaving the EU.

"Despite the fact that 'NHS' was stuck all over the side of the bus, there was a general sense that healthcare wouldn't be affected because health is a matter for member states rather than the EU," he said.

"But of course everything you need, the building blocks for health systems, are in some way subject to rules on free movement of goods and people and services.

"So there are bound to be consequences but I'm not sure that the government fully understood that," he added.

Although the government has announced plans to stockpile medicines in order to avoid shortages in the event of a no-deal Brexit, McKee and his colleagues said the scarcity of some drugs was inevitable.

"The pharmaceutical supply system is extremely vulnerable, simply because it is so complex," he said.

"There's a whole lot of things which are precarious, to begin with and then Brexit is making all of them worse," he added.

"It really risks the creation of a perfect storm."