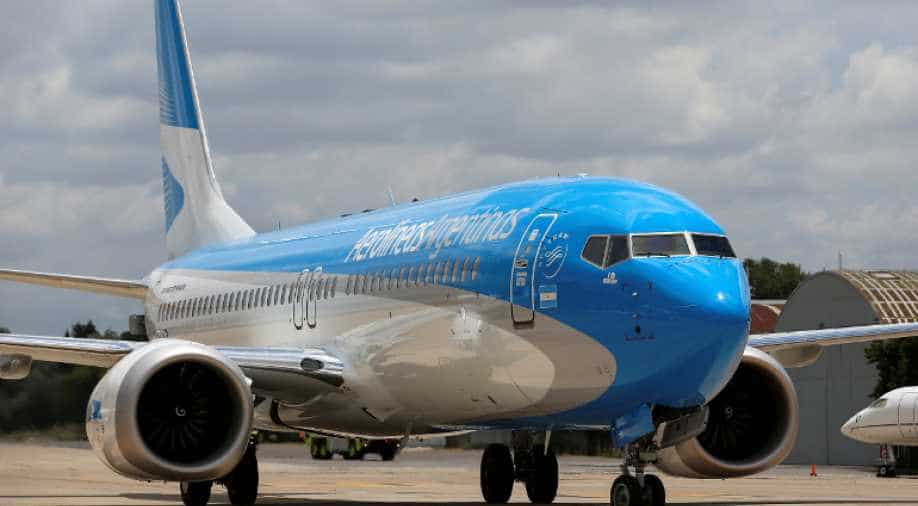 The aerospace giant, under scrutiny following the crashes that killed 346 passengers and crew and grounded the MAX worldwide, won a vote of confidence from its investors, even as company management faced tough questions over plane design and the possible missteps in getting the aircraft to market.

Boeing executives successfully beat back shareholder challenges to their authority on Monday as the company signaled it expects regulators to take a key step next week in the effort to get the 737 MAX back in the air following two deadly crashes.

The aerospace giant, under scrutiny following the crashes that killed 346 passengers and crew and grounded the MAX worldwide, won a vote of confidence from its investors, even as company management faced tough questions over plane design and the possible missteps in getting the aircraft to market.

Boeing expects the Federal Aviation Administration to conduct a test flight by the end of next week of the software fix the company developed for the flight system on the 737 MAX, a company spokesman said Monday. That would be a critical step in certifying the aircraft as flight-worthy.

However, an FAA spokesman said the agency had not released a date or time for the flight yet.

Amid reports of missteps in developing the newest version of its most popular aircraft, concerned shareholders used the annual meeting to seek greater transparency by proposing to make the chairman an independent director and to disclose lobbying activities and trade association memberships.

But those proposals garnered just 34 and 32 per cent of the votes, respectively, somewhat better than similar measures last year, but still well below 50 per cent.

The defeat of those motions no doubt was relief for Chief Executive Dennis Muilenburg and other company brass but there was little sense of triumph at an annual meeting that included a moment of silence for the lives lost.

The company faces an uncertain timetable for bringing the grounded fleet back into service and tough questions over a new plane design that crashed twice, as well as potential costs from the crisis.

Muilenburg was asked during a press conference if he considered resigning.

"We're focused on safety and I can tell you these accidents weigh heavily on us as a company," he responded. "My clear intent is to continue to lead on the front of safety and quality and integrity."

The company reported last week that the crisis had added $1 billion to costs in the year's first quarter.

The 737 MAX has been grounded since mid-March following the crash of an Ethiopian Airlines flight and an earlier Lion Air crash, a crisis that has raised questions about whether the US giant sacrificed safety in its zeal to market a new narrow-body plane and compete with Airbus.

At the shareholders meeting, Muilenburg faced some pointed questions from shareholders but defended the design of the 737 MAX as "thorough" and "disciplined."

Boeing has said both crashes involved erroneous information that came to the airplane through its anti-stall system, the Maneuvering Characteristics Augmentation System, which the software update is meant to address.

"We know that in both accidents there was a chain of events that occurred. One of the links was the activation of the MCAS system because of the data," Muilenburg said at the media briefing. "We know we can break that link in the chain. The software update does that."

But Muilenburg repeatedly declined to characterize the MCAS system as a design flaw, saying there is more than one factor in such catastrophic accidents and that an investigation is continuing.

"It's a chain of events. There is no singular item," he said. "I think it's really important that we all focus on letting the investigation process run its due course."

US carriers such as American Airlines and Southwest Airlines are targeting August to resume flights on the 737 MAX in the expectation that Boeing will receive approval for its fix by that time.

Boeing has submitted some of the documentation to the FAA for the fix to the MCAS system, said a person familiar with the matter, adding that the application will be considered complete following a test flight in the coming days.

Boeing expects certification of the software fix some time after an FAA meeting with international regulators on May 23, the company spokesman said.

Fresh questions were raised over the weekend following revelations that prior to the Lion Air crash in October, Boeing deactivated a malfunction signal on 737 MAX planes owned by Southwest without telling the carrier, a feature that would detect a sensor error of the kind thought to have been a factor in both crashes.

The FAA considered recommending grounding the planes at the time as they explored whether pilots flying the aircraft needed additional training about the alerts, according to a source familiar with the matter.

They decided against that -- but never passed details of the discussions to higher-ranking officials in the FAA, the source said.