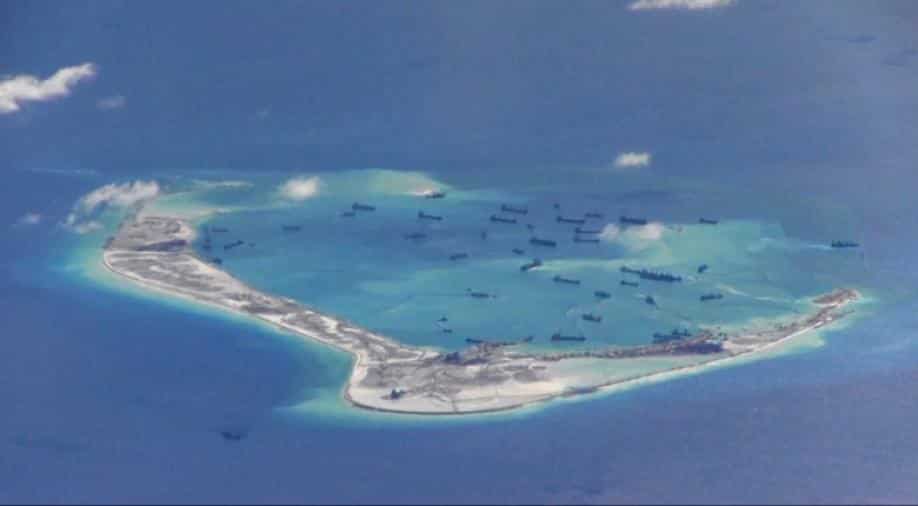 Beijing hit back at allegations it was "militarising" the South China Sea on Monday after landing bombers at an airbase in the contested waters, instead accusing Washington of increasing tensions with its own military footprint.

China on Friday for the first time landed several combat aircraft -- including the long-range, nuclear strike-capable H-6K -- at an island airfield in the sea, triggering international concern.

The move prompted immediate criticism from the US, with a Pentagon spokesman condemning China's "continued militarisation of disputed features in the South China Sea".

But China was quick to dismiss concerns that the deployment had raised tensions in a region home to vital global shipping routes.

Lu said the movement of the bombers into the area was "part of the normal training for the Chinese military", and that the US "sending its own warships and planes to the region... poses a danger to other countries".

Friday's takeoff and landing drills took place on Woody Island, according to Washington think-tank the Centre for Strategic and International Studies.

Woody Island is home to China's largest base in the Paracel Islands, which are also claimed by Vietnam and Taiwan.

Territorial disputes over the South China Sea have been brewing for years and the Philippines, Brunei and Malaysia have also made competing claims to waters believed to have significant oil and natural gas deposits.

The Philippines on Monday said it was taking "appropriate diplomatic action".

China has built a string of artificial islands in contested areas of the South China Sea since 2013, and installed an array of airbases, radar systems and naval facilities that will allow it to project power over hundreds of kilometres of ocean where the US Navy’s dominance previously faced few serious challenges.

United Airlines to suspend operations at JFK in October