‘All options open’: Egypt's Sisi warns of potential for conflict over Ethiopian dam 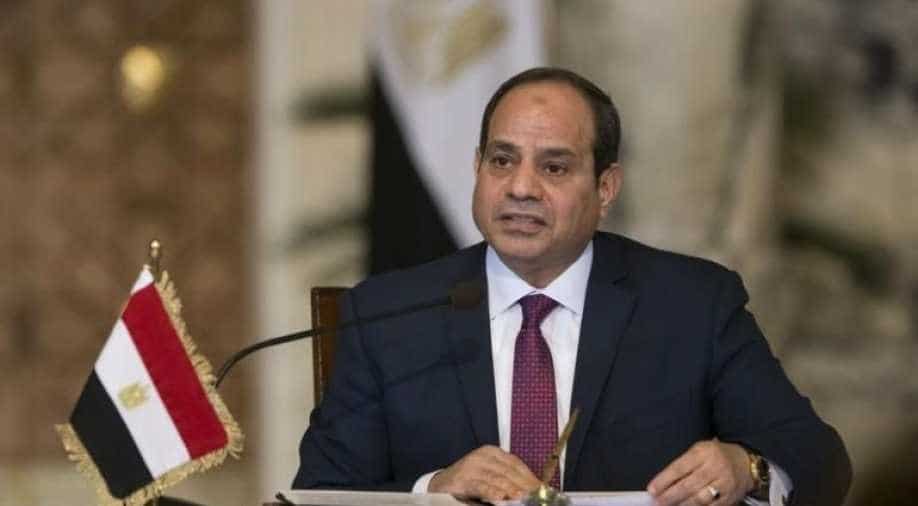 Ethiopia is pinning its hopes of economic development and power generation on the Grand Ethiopian Renaissance Dam, which Egypt fears will imperil its supply from the Nile

Egyptian President Abdel Fattah al-Sisi on Wednesday warned Ethiopia of the risk of conflict over its giant dam on the Blue Nile after talks involving the two countries and Sudan ended without progress.

Ethiopia is pinning its hopes of economic development and power generation on the Grand Ethiopian Renaissance Dam, which Egypt fears will imperil its supply from the Nile. Sudan is also concerned about the impact on its own water flows.

Delegations from the three governments met earlier this week in Kinshasa in the Democratic Republic of Congo but failed to bridge their differences.

Sisi, speaking at the opening of a new government complex, said Sudan and Egypt were coordinating on the issue and that "cooperation and agreement are much better than anything else".

Referring to past regional conflicts, he said: "We have witnessed the costs of any confrontation."

"I am telling our brothers in Ethiopia, let's not reach the point where you touch a drop of Egypt's water, because all options are open," he said.

"We are not utilizing water generated from Egypt or Sudan as water doesn't flow upstream to Ethiopia," he said.

"We are utilizing water from Ethiopia for our dire need following equitable and reasonable utilization without causing significant harm to our neighbours.‮"‬

Egypt and Sudan, in statements after the Kinshasa meeting, accused Ethiopia of intransigence on restarting negotiations in advance of a second filling of the dam this summer.

Ethiopia said on Tuesday it could not enter into an agreement that infringed on its rights to utilize the Nile.

Sudan's state news agency SUNA reported that the Khartoum government, which is also locked in a border dispute with Ethiopia, had asked that Ethiopian peacekeepers present in the south of the country with a United Nations mission be replaced.

"There is a path of political escalation and all options are open to Sudan according to international law," including resorting to the U.N. Security Council, Sudanese irrigation minister Yasser Abbas told a news conference in Khartoum on Wednesday.

Sudan and Egypt had proposed including the European Union, the United States and United Nations as mediators as an addition to current African Union facilitation of the talks. Both countries said Ethiopia rejected the proposal during the meeting, which Seleshi said was part of an attempt to cause delay, according to state news agency FANA.

Last week, Sisi said there would be "inconceivable instability in the region" if Egypt's water supply were affected by the dam.