Algeria: Opposition figure arrested at hospital where President Bouteflika is being treated 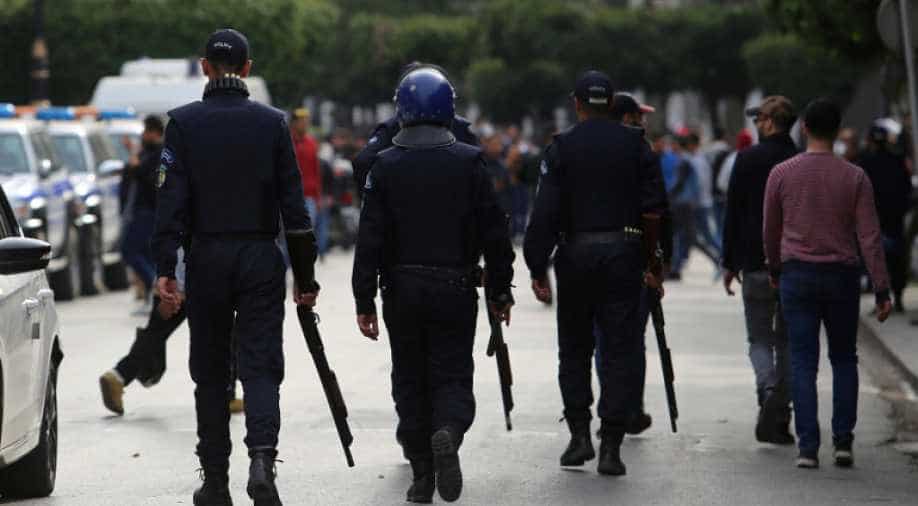 Riot police walk as they try to disperse people during the protest to denounce an offer by President Abdelaziz Bouteflika to run in elections next month but not to serve a full term if re-elected. Photograph:( Reuters )

Algerian businessman Rachid Nekkaz, who had sought to run against Bouteflika in Algeria's upcoming elections, was arrested inside the University Hospitals of Geneva (HUG), police spokeswoman Joanna Matta said.

Algerian businessman Rachid Nekkaz was arrested at a hospital in Geneva on Friday where President Abdelaziz Bouteflika is being treated, Swiss police said.

Nekkaz, who had sought to run against Bouteflika in Algeria's upcoming elections, was arrested inside the University Hospitals of Geneva (HUG), police spokeswoman Joanna Matta said.

She said the hospital had filed a complaint against him for trespassing.

Earlier, Nekkaz said he had come to the hospital seeking answers about the condition of Bouteflika, whose bid to secure another term at the April 18 election has sparked waves of protests.

"There are 40 million Algerians who want to know where the president is," Nekkaz told the crowd of a few dozen people that had assembled outside HUG.

Bouteflika, 82, has rarely been seen in public since suffering a stroke in 2013.

He has been at HUG for nearly two weeks receiving what his office has called routine medical checkups.

Nekkaz has in recent weeks travelled around Algeria to gather the necessary 60,000 voter signatures to join the race for the presidency.

But despite renouncing his French citizenship, Nekkaz appears to have fallen foul of a law which bans candidates who have ever possessed a nationality other than Algerian.

Nekkaz tried to stand in Algeria's last presidential election in 2014, but said the 62,000 signatures gathered were stolen from within the Constitutional Council.