A painting by Van Gogh will be displayed in public for the first time ever! 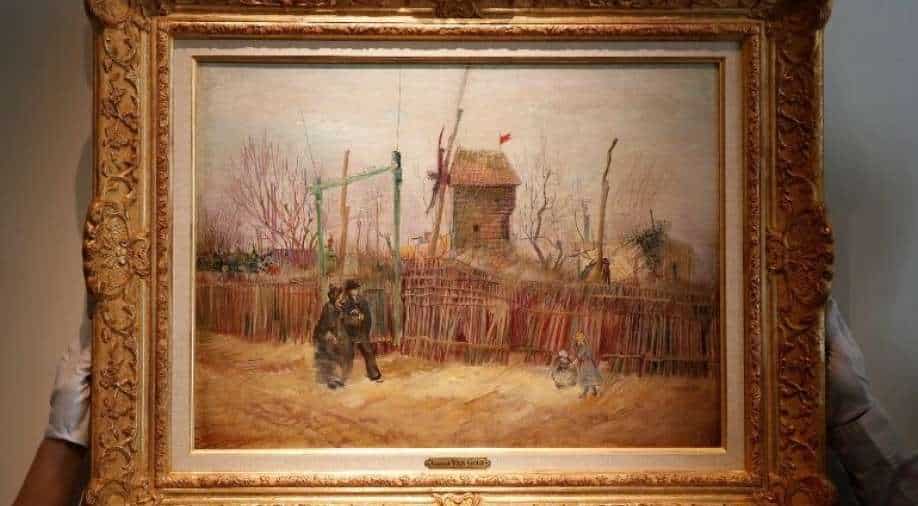 Sotheby's Paris employees pose with the 1887 painting of a Paris street scene "Scene de rue a Montmartre" by Dutch painter Vincent Van Gogh which will be presented to the public for the first time after spending more than a century behind closed doors in Photograph:( Reuters )

A painting by Vincent Van Gogh is set to be shown to the public for the first after spending over a century in hiding. The painting of a Paris street was in the private collection of a French family for a long time.

Van Gogh painted the street scene in 1997, when he was in Paris with his brother Theo. It will be put on display in Amsterdam, Hong Kong, and Paris by Sotheby’s auction house before being auctioned off next month.

The artwork is valued at between 5-8 million euros (roughly starting at $6 million). "A street scene in Montmartre”, as the painting is called officially shows a man and woman strolling with a windmill in the background while they stroll.

The work is part of Van Gogh’s series about Montmarte - a hilly district of Paris, now dominated by the Sacre Coeur church. During Van Gogh’s visit, the church was still being constructed and there was nothing but fields, windmills, and houses at the edge of the city, known for its cheap rent.

Even though the painting has been seen in catalogues earlier, it had never been put on public display until now.  According to Sotheby, only a few paintings from this series now remain in private hands.

“The appearance on the market of a work of this calibre, and from such an iconic series, is undoubtedly a major event," the statement from Sotheby said.

Van Gogh spent two years in Paris, from 1886-1888, after which he left the city for he became tired of the pace of life in the city.

Then, he moved to southern France, and cut off a part of his year, reportedly due to mental health issues. Later, the artist shot himself and died near Paris on July 29, 1890.