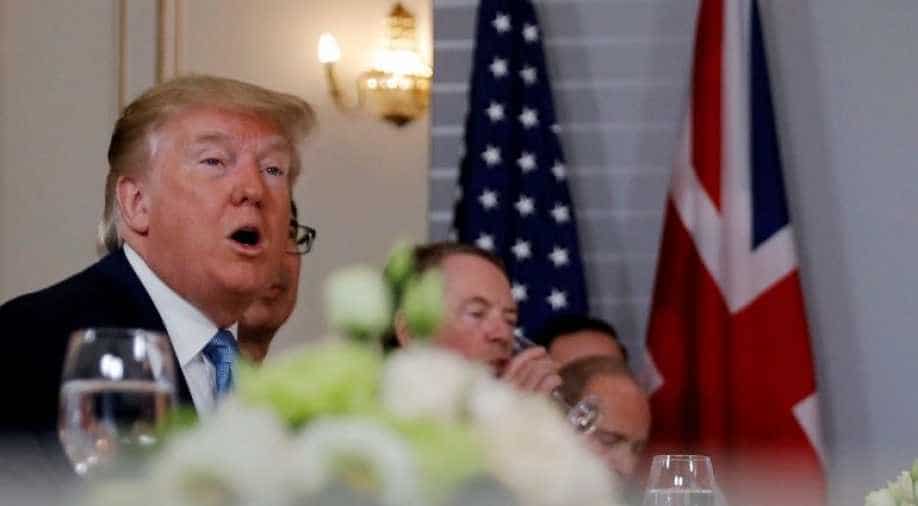 The lawsuit, filed in US District Court in Los Angeles, was the first in an expected flurry of litigation seeking to stop the rule, officially published on Friday, from taking effect in October.

Attorneys general for 19 states and the District of Columbia sued President Donald Trump's administration on Monday to block a sweeping new rule to indefinitely detain migrant families seeking to settle in the United States.

The lawsuit, filed in US District Court in Los Angeles, was the first in an expected flurry of litigation seeking to stop the rule, officially published on Friday, from taking effect in October.

"This new Trump rule callously puts at risk the safety and well-being of children. It undermines a decades-old agreement reached in court by the federal government to prevent the unlawful detention of immigrant children," California Attorney General Xavier Becerra said in announcing the lawsuit.

The White House did not immediately comment on Monday evening.

The new rule seeks to scrap a 1997 agreement, known as the Flores settlement, which puts a 20-day limit on how long children can be held in immigration detention.

The settlement was expanded in 2015 to apply not just to unaccompanied children but also to those travelling with their parents.

Trump administration officials say the detention limits have become a "pull" factor for migrants, who hope that if they show up at the US-Mexico border with a child and ask for asylum, they will be allowed in pending a hearing in US immigration court, a practice the president has called "catch-and-release."

The Trump administration's efforts to overturn the Flores settlement are likely to face more than just legal hurdles.

Even if the courts allow the new rule to take effect, there are also practical problems: paying for thousands of additional family detention beds.

US Immigration and Customs Enforcement has only three family detention facilities - two in Texas and one in Pennsylvania - that have between 2,500 and 3,000 beds, Acting Secretary of Homeland Security Kevin McAleenan said in announcing the rule last week.

More than 42,000 families, mostly from Central America, were arrested along the US southern border just last month. The July arrest numbers are at record highs, even though they have dropped more than half compared with levels seen in May.

"Even if the number of border crossings doesn't go back up in the fall, all this (new rule) would enable them to do is to detain a relatively small percentage of the arriving families for longer," said Kevin Landy, a former ICE assistant director responsible for the Office of Detention Policy and Planning under the Obama administration.

Without more space, that practice is likely to continue, Landy said.

Shawn Neudauer, a spokesman for ICE, said the agency could not comment on potential increases to the agency's detention capacity.

Congress mandates how much ICE can spend on immigration detention, and the 2019 budget has $2.8 billion earmarked to pay for 49,500 beds for solo adults - but only 2,500 beds for parents and children.

However, ICE is currently detaining more than 55,000 immigrants, a record high, a small percentage of them at family facilities, according to agency statistics.

ICE has also had a hard time finding communities willing to accept the construction of facilities, said Theresa Cardinal Brown, a former policy adviser at US Customs and Border Protection now at the Washington-based Bipartisan Policy Center.

It is also not clear how the family detention rule will work with another Trump administration policy pushing Central American families back to Mexico to wait out their US court hearings there, she said.