'Would love to play for CSK again': Ambati Rayudu hopeful of reunion with MS Dhoni & Co. after being released 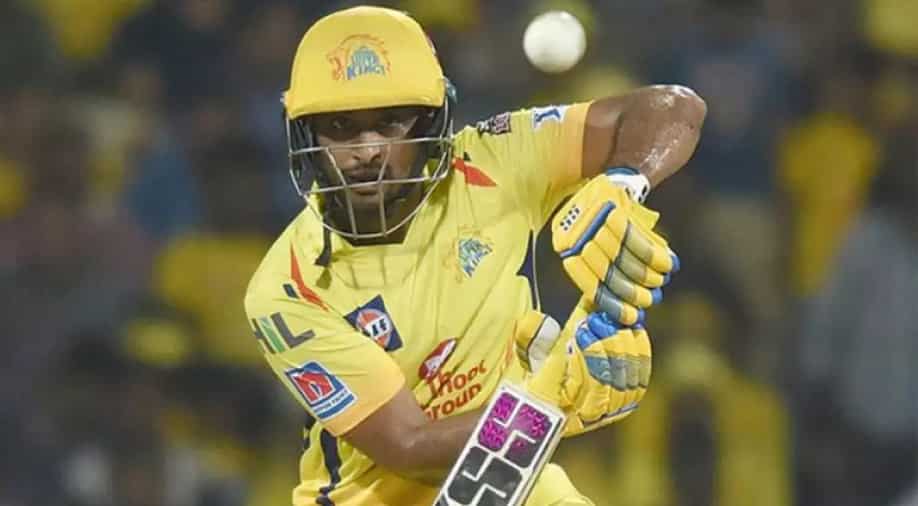 Ambati Rayudu hopeful of getting picked by CSK at the IPL mega auction in 2022. | Photo - IPL | Photograph:( Others )

Veteran batsman Ambati Rayudu is hopeful of getting picked by CSK again at the upcoming mega IPL player auction ahead of the 2022 season.

Indian Premier League (IPL) 2021 champions Chennai Super Kings (CSK) have retained captain MS Dhoni, all-rounders Ravindra Jadeja, Moeen Ali and opener Ruturaj Gaikwad ahead of the mega auction. It must have been difficult for CSK to pick only four players from a squad full of match-winners and some of the most talented players in the league.

There were a number of talented players who were let go of by the four-time champions due to limitations on retentions. The likes of Faf du Plessis, Ambati Rayudu, Shardul Thakur, Sam Curran and Josh Hazlewood among others were some of the top players released by CSK ahead of the mega auction.

The franchise would be certainly hoping to buy some of their old players back during the upcoming mega auction. Among the players who are keen to rejoin CSK and play under Dhoni is veteran India batter Rayudu, who was recently seen in action for Andhra in the Vijay Hazare Trophy, believes he has a lot of cricket left in him and can continue playing for the next three years.

"I would love to keep playing till I am in good form and fit. I will be ready for the next cycle, which is three years and I am working hard on my fitness," Rayudu was quoted as saying by PTI.

"I recently played the Vijay Hazare Trophy which is five one-day games in six days which I got through well. I am in good shape and I hope to continue to play at least for the next three years," the 36-year old added.

Rayudu has played a vital role in CSK's success since joining the franchise in the 2018 season. He played 61 matches for CSK and scored 1500 runs at an average of 34.09 and a strike rate close to 130. He played an instrumental role in CSK's title triumph in 2018 and scored runs consistently in the next three seasons as well.

Rayudu said his stint with CSK has been a special one and called Dhoni the best captain to have led India. Rayudu said Dhoni had a huge impact on his game and knew how to bring the best out of the batsman.

"My stint with CSK has been a very special one. We have won two IPLs till now and played one final. 2018 was a very special season, a comeback season for CSK and us winning the IPL that year made it very special," said Rayudu.

"Dhoni bhai has had the impact of getting the best out of me, not only me but he has an impact on everyone and brings the best performance out of everyone in the team. That is why he is the best captain India has ever had," he added.

The Hyderabad star revealed he has not had any formal conversations yet with the team but is hopeful of reuniting with CSK at the mega auction next year. The IPL mega auction is set to take place in February next year and will feature a host of superstars who are set to go under the hammer.

"I would definitely love to play for CSK. Formally, there has not been any communication with me so far, But I am hoping to get picked by them and have a successful league again," said Rayudu.