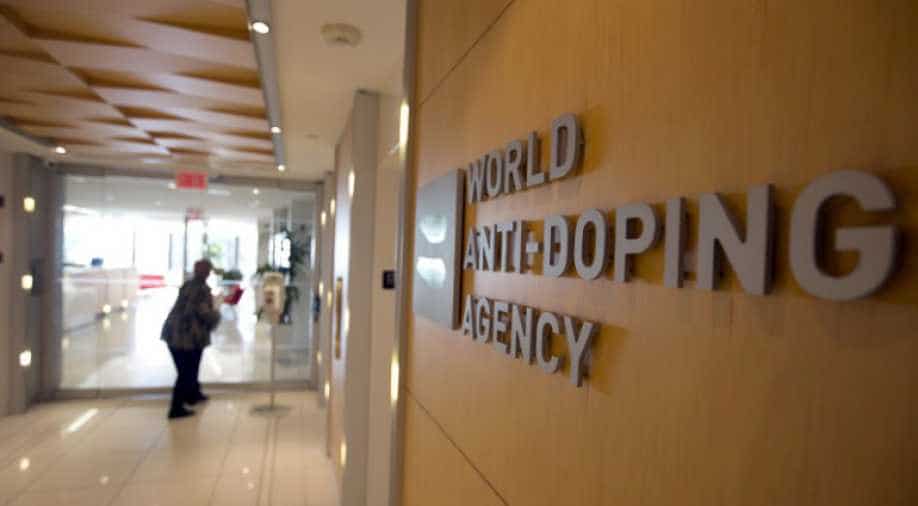 Russia's commitment to comply with WADA's demanded improvements was called into question by the appointment of former pole vault star Yelena Isinbayeva as president of RUSADA last December. Photograph:( Reuters )

The Russian Anti-Doping Agency (RUSADA) has been suspended since 2015 in the wake of the report by Richard McLaren which uncovered widespread doping in Russian sport.

Reedie however said RUSADA had taken concrete steps to clean up its image and could resume testing next month based on compliance criteria requested by WADA.

"There is a huge amount of work being done,"  Reedie told a press conference following WADA's Foundation Board meeting.

"The board decided if we receive, and I'm sure we will, the necessary information ... that the Russian anti-doping agency would be able to resume its testing program," Reedie added.

Russia's commitment to comply with WADA's demanded improvements was called into question by the appointment of former pole vault star Yelena Isinbayeva as president of RUSADA last December.

Isinbayeva had been sharply critical of the McLaren report, claiming it unfairly targeted Russia in what she described as a "political act."

McLaren's report had uncovered vast evidence of doping across Russian sport which took place with the connivance of RUSADA.

The scandal led to Russian track and field athletes being barred from the Rio Olympics last year following a ban from the International Association of Athletics Federations (IAAF).

"What has been done at this stage is really important and I am grateful to the Foundation Board for providing, subject to Russia's roadmap, its green light for the resumption of the testing program," Reedie said, adding that RUSADA could resume its work "hopefully" in early June.

In a separate development Thursday, WADA announced the creation of a new independent testing body but admitted it could not compel sports federations to come under its authority.

The International Olympic Committee (IOC) has backed the plan for an independent testing authority (ITA) and said it would be operational in time for the 2018 Winter Olympics in Pyeongchang, South Korea.

Valerie Fourneyron, chairman of WADA's Medical Committee, headed a working group to study the creation of the new testing agency. She said it was a "piece of the puzzle" in the fight against drugs.

The body would "allow greater efficiency to ensure that tests improve," Fourneyron said.

However, Fourneyron conceded that international sports federations could choose whether or not to come under the jurisdiction of the testing body.

"It is not legally possible to force them to join," Fourneyron said.

It means that powerful sports federations which already have their own testing regimes may choose not to join.

Nevertheless the announcement was welcomed by representatives of the anti-doping establishment.

Travis Tygart, the chief executive of the US Anti-Doping Agency (USADA) and a long-time advocate of a fully independent, properly funded global drug-testing body, said the move was a step in the right direction.

"For clean athletes, this is the first glimmer of hope after months of pushing for reform," Tygart said in a statement to AFP.

"The devil will be in the details, of course, but it's an improvement on the status quo."

Fourneyron said the ITA's board of directors would comprise five members -- a chairman, an IOC representative, a representative from an international federation, an athlete and a doping expert.

A WADA representative will sit on the ITA board but purely in an advisory capacity without voting rights.

The director general of the agency would be appointed by the board of directors and funding would be provided by the IOC.