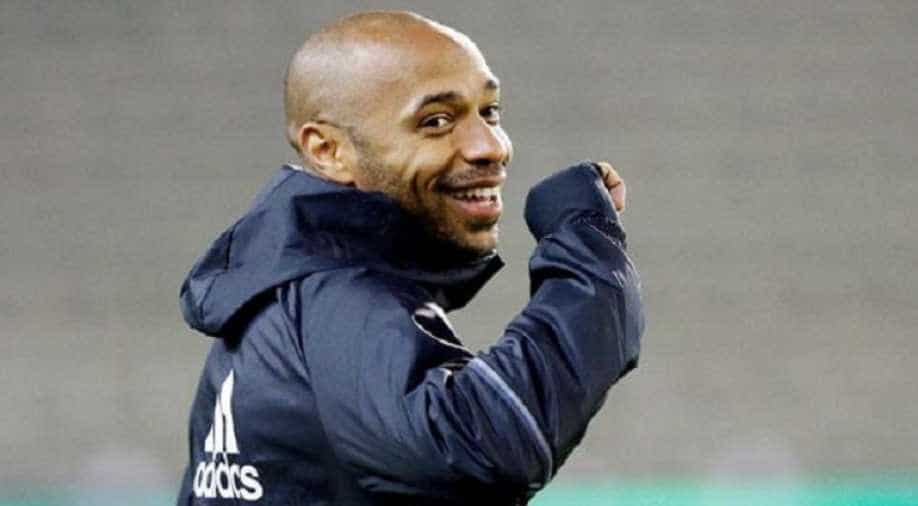 A TV footage showed the former France international making an abusive remark to a Strasbourg player as the visitors showed no mercy in routing Monaco.

Struggling Monaco’s 5-1 home defeat against Strasbourg on Saturday left Thierry Henry fuming with the coach seen insulting an opposing player and lashing out at a malfunction of the Video Assistant Refereeing (VAR) system.

TV footage showed the former France international making an abusive remark to a Strasbourg player as the visitors showed no mercy in routing Monaco, who were reduced to 10 men after the dismissal of Naldo in the seventh minute.

The result left the club from the principality second from bottom of the league on 15 points from 21 games and still without a Ligue 1 victory at their Stade Louis II home this season.

Monaco were trailing 2-1 just after the hour mark when they were denied a penalty in an incident that a furious Henry thought had turned the game.

"When I asked the fourth official why he wasn’t reviewing (what led to the potential penalty), he told me the VAR was not working," Henry was quoted as saying in French daily L'Equipe on Sunday.

"I would like to know why the VAR was not working and I hope you are going to ask why. We were 2-1 down at that moment and if we convert the penalty, it's 2-2. It would have been a game changer."

His Strasbourg counterpart, Thierry Laurey, confirmed there had been a problem with the VAR.

"We were told after the break that the VAR would not be working for a while," he said. "It has happened several times this season. I feel for Thierry Henry, but sometimes, technology does not work."

Monaco face a crucial game on Saturday when they travel to third-from-bottom side Dijon.

"I’m going to repeat what I said: our goal is to stay in the top flight," Henry said.