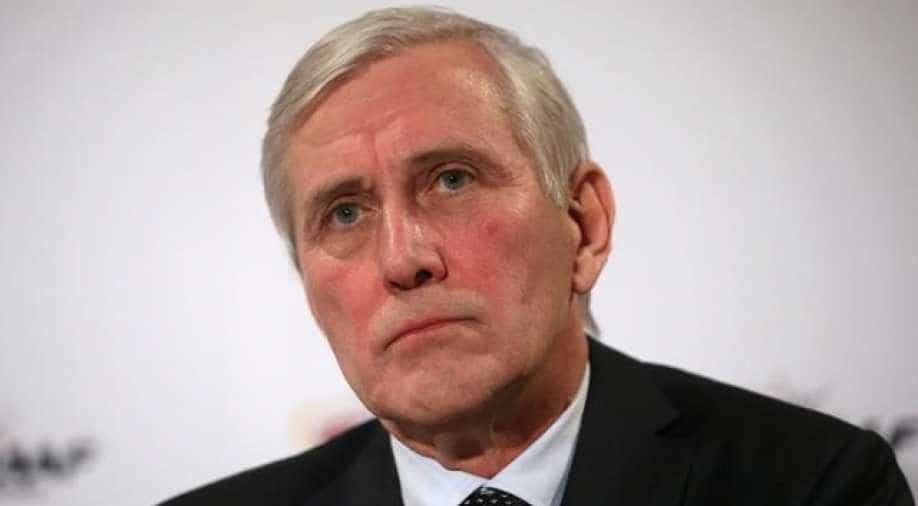 Rune Anderson, head of the task force of the sport's world ruling body, said he did not expect Russia's ban to be lifted before end of November, 2017. Photograph:( Reuters )

Russian track and field athletes look certain to miss out on this year's world championships after an IAAF task force recommended on Monday that the country's ban should run until November.

Rune Anderson, head of the task force of the sport's world ruling body, told reporters he did not expect Russia to be re-admitted to the sport before November, meaning its athletes will not be able to take part in the global showpiece event in London in August.

The suspension was upheld last year, ruling almost all Russian track and field athletes out of the 2016 Olympics in Rio de Janeiro.

A second report by Canadian professor Richard McLaren last year said Moscow had "hijacked international sport" over a five-year period and that more than 1,000 Russian competitors in 30 sports were involved in an "institutional conspiracy" to cover up positive tests.

“If everything goes in accordance to plan there will be a full reinstatement by November 2017," Anderson said. "Which means that Russia as a nation, or RUSAF, is not recommended by us to be reinstated until that time."

Anderson said Russia had been presented with a list of demands before it could be allowed to compete again, adding that there had been positive and negative developments in meetings in Moscow last month.

The negative ones included "unhelpful comments" by Vitaly Mutko, the Russian sports minister and deputy prime minister, he said.

Anderson added that RUSAF faced practical and legal difficulties in enforcing provisional doping bans, that there was limited testing of athletes at national level and "troubling incidents" were happening when testing was taking place.

He said that for Russia to be reinstated, testing of the country's athletes had to be undertaken "without further incidents or difficulties".

RUSAF must explain how it will enforce suspensions on athletes and officials in an "effective and timely" fashion and take "demonstrable objective and practical steps" to cultivate clean sports.

Anderson also demanded "an appropriate official response" by Russia to the McLaren report findings that sports ministry and security service officials were involved in the doping cover-ups.

"Our priority is to return clean athletes to competition but we must all have confidence in the process," Coe said.

"Clean Russian athletes have been badly let down by their national system. We must ensure they are protected and that those safeguards give confidence to the rest of the world that there is a level playing field of competition when Russians return."